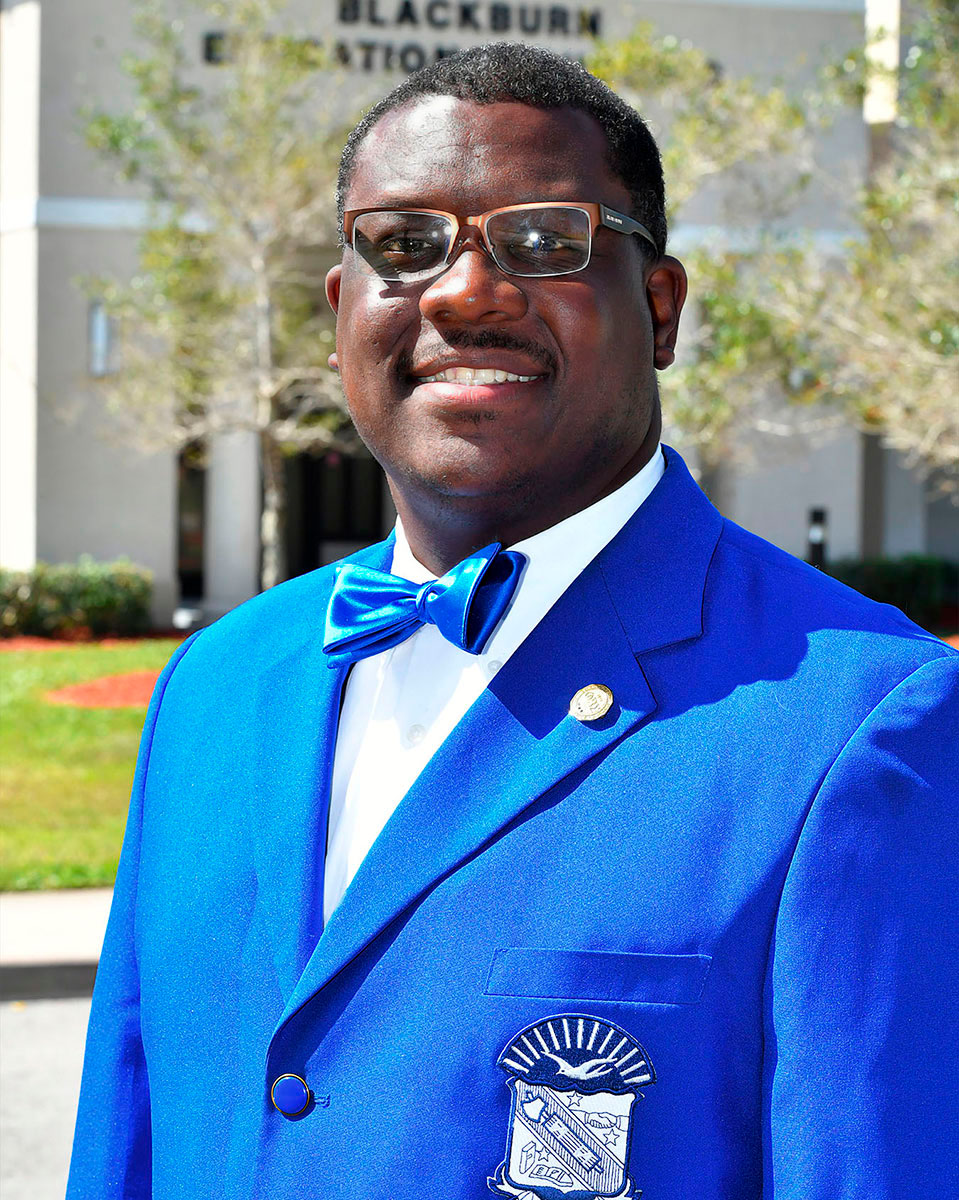 John and Abelard Cesar call him Pops, but he’s not their real dad. Brady Talley is something more — he was their mentor in a program run by a Phi Beta Sigma alumni chapter.

“When I first met them, they shared with me that their father was missing from their lives,” Talley said. “I knew then that I had to go the extra mile for them. My parents divorced and I grew up with a strong mother, but a father who was often away on military assignment.

“I felt very comfortable adding John and Abelard to my family,” Talley continued. “They are wonderful role models for my sons, David and Joshua. I truly believe in mentoring and the impact it has on shaping lives. The mentoring I did with the Sigma Beta Club was a plus for my family and my job, where I mentor students throughout the workday.”

Talley’s job as a strength and conditioning coach with the Los Angeles Dodgers brought him to Vero Beach. He left the organization in 2000, switching careers and setting down roots on the Treasure Coast. This included membership in the Phi Beta Sigma Alumni Chapter. Eventually, Talley joined the adult education staff at Indian River State College where he currently mentors students.

In his work with the fraternity, he took over a leadership role in the Sigma Beta Club, a fraternity of sorts for young males ages 8-18. That is when he met the Cesar brothers, who were being raised by their mother and grandmother, who had emigrated from Haiti some years previous.

Through the Sigma Betas, boys and young men learn life skills. They are taught everything from how to tie a tie to how to behave in social situations. With an emphasis on education, the young men are taken on college tours so they can start thinking about their next steps in academics, but the main focus of the alumni chapter’s work with the teens is service. Talley said the thing he enjoyed most about mentoring the brothers was seeing them walk across the stage with their college degrees.

John earned his associate degree from Indian River State College, where he was active in student government, going on to graduating from Florida State University with a double major in sociology and psychology. He worked in child welfare after graduation, eventually marrying his college sweetheart, Dominique, and welcoming a son, John Michael. Time constraints of a family led him to change jobs and he now works for Career Source Research Coast as a career planner. In December, he will complete his master’s degree in public administration from the University of Texas, Arlington. Younger brother Abelard has earned his bachelor’s degree in organizational management from IRSC and is working at Seacoast Bank.

Talley said he had 18 members of the Sigma Beta Club to mentor, but was assisted by John’s leadership as president and took the two brothers under his wing. Abelard took over the presidency when John graduated from Lincoln Park Academy. The fraternity pairs the older club members with the younger ones and Talley’s son, David, was Abelard’s “little” during their years together in the club. David is now ready to leave the Sigma Betas as he moves on to college next year.

Reflecting on his teen years, John said the Sigma Beta Club provided him with positive black male role models. Also, the members saw a talent for leadership in him and challenged him to develop those skills.

“Sadly, where we grew up we did not see a lot of positive black male role models,” he said. “Not having a father at home, this experience has helped me. It provided the fellowship of other young black males and guided me to a better path in life.”

Talley recalled when John transferred to FSU and he drove John and his mother to Tallahassee to get him set up in his dorm room. “Mama cried all the way up and all the way back,” he said. “I felt like I was taking my son to college.”

The brothers’ grandmother also was appreciative of the assistance Talley gave her grandsons. “Every time I went to their home to pick them up for an event,” Talley said, “Grandma would sit me down and have me eat the food she had cooked. That was her way of paying me back.”

Sigma Beta member Clifton Wilson Jr., a 10th-grader at St. Lucie West Centennial High School, echoed John’s comments. He said his involvement in the club is helping him “to grow up to be a good young man.” He wants to be a sportscaster and added that the discipline learned through the club will help him in the future.

Talley calls himself an Army brat and was born in San Antonio, Texas, where his father was stationed at Fort Sam Houston. He enlisted in the Army after high school. He served eight years including a stint in the Middle East for Operation Desert Storm, where he and his father, who was then in the Air Force Reserves and flying injured soldiers from Saudi Arabia to England, met at an air base.

Talley joined the collegiate chapter of Phi Beta Sigma, a historically black fraternity that was started in 1914 at Howard University in Washington, D.C., during his days at Texas State University and is glad that he did. As a first vice director of the Florida alumni chapters, he travels a lot to keep the organization’s message strong throughout the state.

The chapters are working to make an investment in the leaders of tomorrow. In 2015, Phi Beta Sigma adopted a new message: I am my brother’s keeper. Their work with the younger generation includes leading the youth on community service projects such as assisting the elderly, working with children with disabilities and cleaning up neighborhoods.

As life comes full circle, Abelard joined the alumni chapter after his college graduation and is mentoring teens in the Sigma Beta Club. He knows how to do it; he learned from the best.

What Inspires Me: “To have a personal stake in a young man’s success story.”

Something Most People Don’t Know About Me: “I was a strength and conditioning coach for the Los Angeles Dodgers organization.”