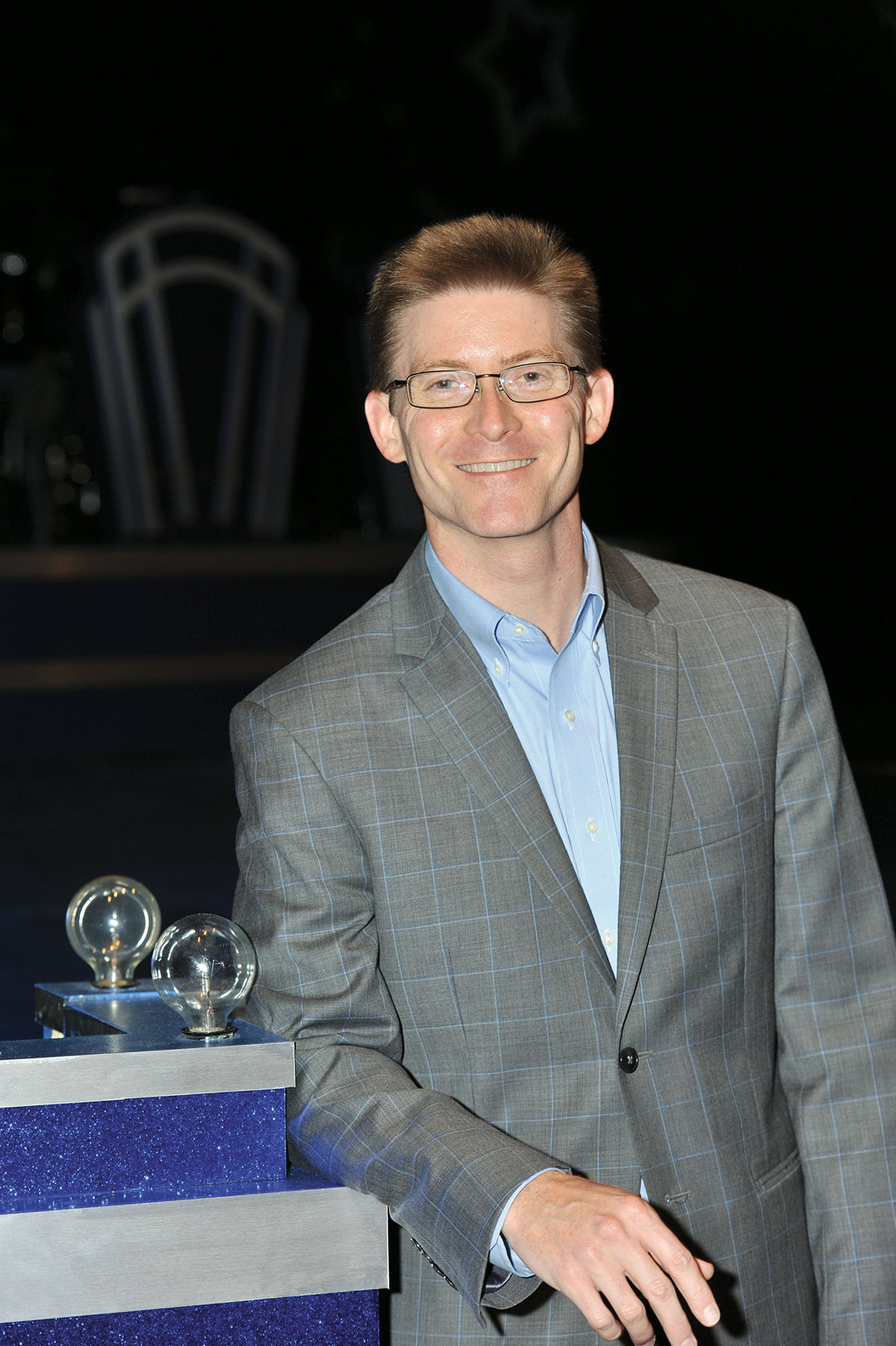 Some people don’t know what they want to be when they grow up — even when they are grown up — but not Jon Moses. He knew he wanted to be involved in the theater since the sixth grade, when he was the lead in his school play at White City Elementary. “That kind of set things in motion,” he says.

Today, the 42-year-old is the managing director and chief operating officer of Riverside Theatre in Vero Beach. As such, he is in charge of all of the theater’s main logistics, operations and budget. He overseas marketing, promotion, development and procurement of funds.

“I orchestrate. I spend a lot of time working with key individuals on staff and with leaders in the community, as well as the board of directors, choreographer and design team. I work with everyone,” he says.

While Riverside’s Chief Executive Officer Allen Cornell spreads the theater’s “vision message,” or the soul of the organization, to those who want to get involved, Moses follows up, connecting businesses who want to partner on certain events.

When Moses started at Riverside in 1999, he worked as production manager, technical director and scenic designer. All three of these jobs involved resolving one issue after the next. “Lights, sound, sets — all the problems that encompass putting a show together. You’re in the trenches,” he says.

ut he’s not complaining. “I like the trenches, but eventually, I wanted a different trench,” says Moses. In 2009, he got just that when he became managing director.

Moses honed his theatrical acumen during his teens at what was then Indian River Community College, where he acted in plays or worked on the sets since his high school, Fort Pierce Central, did not have a theater department. And when he went to college at Florida State University, he majored in theater design and tech, followed by graduate studies at Florida Atlantic University.

“That’s when I gave up performing and started with the design and technical side, which led to production management,” he says.

A few years after completing his studies, Moses got a job teaching theater at a high school in Flagler. By 1999, he was ready for a change. He had a few job offerings, one in New York, another in Orlando and then the Riverside position. As a young 25-year-old man, he was not dying to return to the quiet neck of the woods where he had grown up, but ultimately he did, because Riverside was the only theater to offer him a position in production management, which he loves.

“Producing is creating. We create the work here, hire the actors, the director. We don’t just present like most of the theaters in the area, where they buy the work and give them a place to perform,” he says.

When Moses began at Riverside 17 years ago, his colleagues had just begun a conversation about significantly expanding the theater. At that time there was no Orchid Lobby or Waxlax and Stark stages. “It was a much smaller (foot)print.”

In 2007, when the economy tanked and the rest of the world was downsizing, Riverside’s new building opened. “A lot of theaters across the country were cutting the budget, but we made a choice to go bigger, with big musicals on the main stage,” he says.

And fortunately Riverside was able to do that because 15 members on the board paid for the significant increase in budget. It paid off. The first major show was 42nd Street and it sold out for five weeks. “No show had ever been produced for five weeks before, much less sold out,” says Moses. “This signaled to us that the community wanted large scale musicals — the wow factor — and it gave us the courage to start producing three large musicals and one medium-size musical per year.”

Since then, Riverside has been growing every year. Some of the showstoppers this year include A Chorus Line and Hello Dolly. And one of its newest endeavors includes Riverside Theatricals, a division focused on the creation of new musicals. Its first show debuted this fall. It was a children’s musical, Poodleful, based on the book Pansy at the Palace, by Vero resident Cynthia Bardes. Riverside’s musical director, Ken Clifton, wrote 10 songs for the show, in addition to a libretto that singer, dancer and director D.J. Salisbury helped him with.

Another one of Riverside’s newest efforts is a theater arts workshop for children and teens that Moses is proud of. The workshop classes started last summer as a day camp and are now offered after school. Attendance has been amazing. “We’re very, very happy with the result so far,” says Moses, adding that this is just the beginning.

Hobbies: “I’m the cook of the household. I cook both by necessity and I enjoy it. I also take care of the animals when my wife and children go to Disney World — they’re Disney-aholics.”

What people don’t know about me: “That I can be very much of an introvert. When I go home, I like to be by myself. I’m around people, the public and all wonderful stuff all day, but when I go home I’m very quiet. I also like to work outside in the yard, and I like science and history. I enjoy being boring at home.”