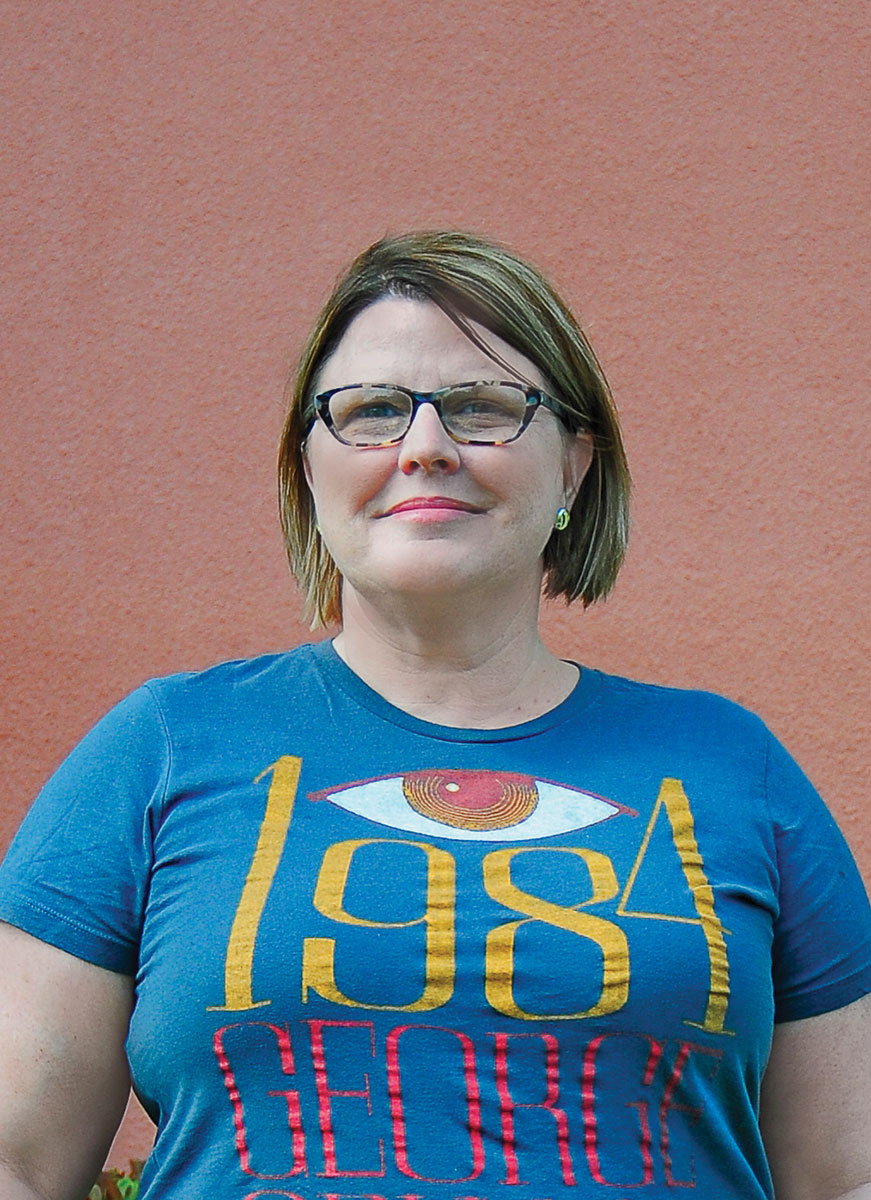 For Anna Hutcheson, a language arts and debate instructor at Clark Advanced Center, the road to her teaching career was a winding one with a number of twists and turns.

Daughter of Suzy Hutcheson, who heads up the nonprofit Helping People Succeed, she grew up in Martin County and attended Martin County High School. There she sang with the OPUS choral group under Ron Corbin and loved acting in plays produced by the school’s drama department. Following graduation in 1987, she planned to pursue her dream path of professionally performing on stage.

“I never really started off to be a teacher ...I was going to New York and become an actress,” she said with a smile. “But in teaching, I have a captive audience.”

So Hutcheson attended Florida State University, where she majored in theater and studied acting. After a couple of years, she decided to return home to Martin County. She spent the next several years working in customer service jobs, learning how to help people solve their problems while balancing what a company needs.

“You apply that in teaching every day,” she said. “It’s always negotiating between what the student wants to do and what I want them to do.”

Hutcheson then began what she calls her second life, working at about every level in the restaurant business. For 10 years she worked at the former upscale Helga’s Café & Bistro in Stuart, where she took on various roles; she was a member of the wait staff, a staff trainer, prep cook, bar manager and catering chef.

“Those different experiences made me less fearful as a teacher,” Hutcheson said. “I’m not afraid that things can change or fluctuate on a daily basis or even on a minute-to-minute basis. Those jobs gave me the ability to adapt and really be flexible in how I approach things and not freak out when a plan goes awry. It’s grace under fire.”

While working at Helga’s, she didn’t give up pursuing academics. She enrolled at Florida Atlantic University and eventually received bachelor’s and master’s degrees in English. It was while she was writing her master’s thesis that she was drawn to the teaching profession.

“This didn’t come to me as an epiphany, it came to me as something that I can do,” she said. “Once I decided that I wasn’t going to pursue a Ph.D., I thought, ‘What am I best equipped to do?’ It was to teach.”

Hutcheson joined the Clark faculty in 2005 when it was an up-and-coming charter high school on the Treasure Coast. As a language arts instructor, she teaches writing, reading comprehension and helps students search for deeper meaning in literature. But she especially enjoys imparting important lifelong concepts as part of the curriculum.

“Think before you speak; there’s a life skill,” she said. “Is your statement accurate? Can you support it with facts? Create thoughtful and meaningful responses. Engage the brain before you engage the mouth.”

“Be genuine. I approach this in their writing,” Hutcheson added. “I’m more interested in what they have to say than I am in them getting a right or perfect answer. Sometimes, students don’t even know that they have a voice, yet. I encourage them to find their voices, their way of presenting an issue.”

In 2011, Clark students asked Hutcheson to start a debate program. Today it is thriving. Students compete once a month with other students in Martin and Palm Beach counties. Some also compete on state and national levels. She admits that teaching debate can sometimes be a juggling act.

“In that whole class, they’re doing eight different things, so I’m not focused on teaching one curriculum,” she said. “I’m working with these two people who are doing one event, another person who’s going to 18 different competitions. Last tournament, I had four kids doing congress — two students doing dramatic interpretation — one student doing program oral interpretation — another student doing Lincoln/Douglas debate. I teach them and they teach me.”

Hutcheson feels blessed to work at a small school like Clark, where she has the ability to form genuine relationships with the students. She also finds those “aha” moments fulfilling, when her students suddenly grasp concepts that she has been trying to teach them.

“I really love the moments when genuine connections happen,” she said. “When a student dashes in my room and starts relating something we have been discussing in class to something from their lives or the news. It’s rewarding because they’re processing and applying it, and it’s on their own.”

Family: In a committed partnership for the last 20 years with Frank Hersey; son, Stephen, 10, and daughter, Parker, 7.

Background: Grew up in Martin County, graduated from Martin County High School, where she sang in OPUS and loved to act on stage.

How I got into teaching: Through Lonnie and Gary Kirsch. “I am not sure I would have survived the early years of teaching without the guidance and support of these two educators.”

What I like best about teaching: “I really love the moments when genuine connections happen ...when a student internalizes what we discuss in class.”

Something my students probably don’t know about me: “I enjoy camping.”