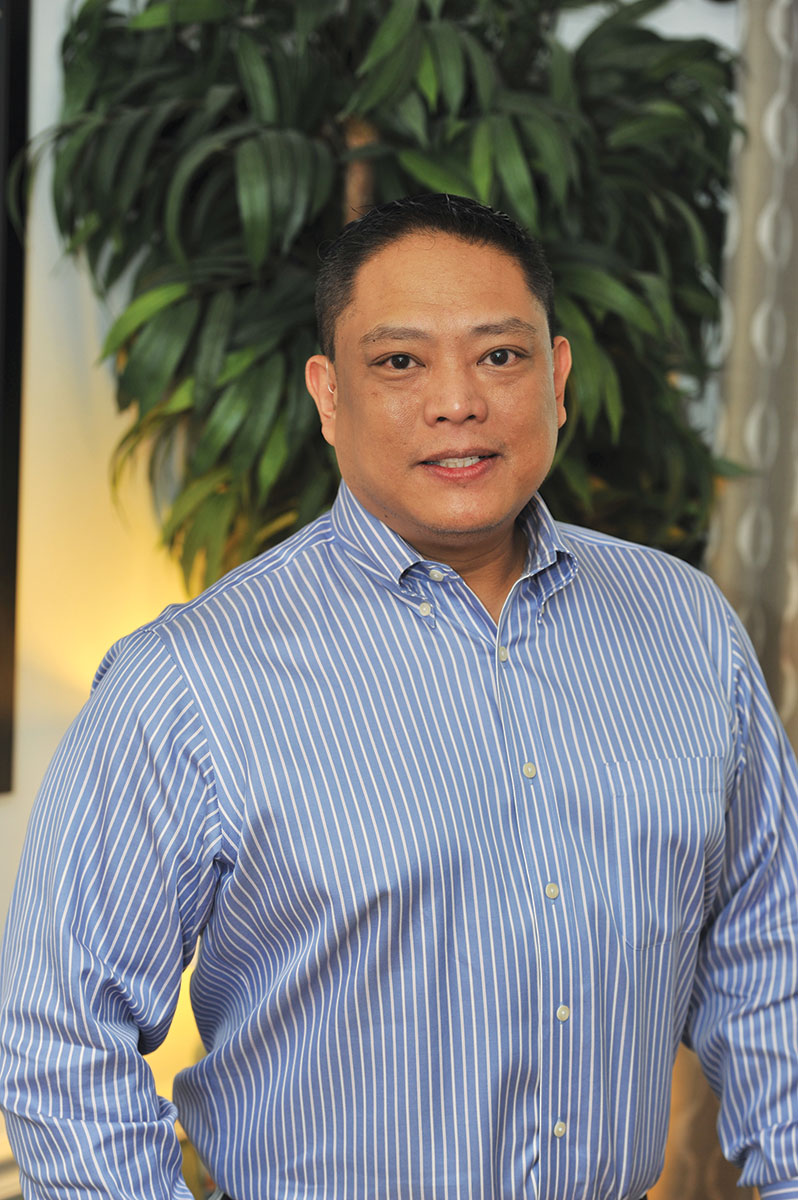 Ramos is an old-fashioned doctor who still takes time to talk with his patients. ED DRONDOSKI PHOTO

Erwin Ramos is an old-fashioned kind of psychiatrist, someone who not only prescribes medication, but also offers talk-therapy to patients.

Years ago, that was de rigeur, but not today because most psychiatrists primarily only have time to counsel their patients with regards to medication due to health insurance constraints. Thankfully, there are still a few doctors like Ramos, who has a private practice in Vero Beach with affiliates in Orlando and Fort Lauderdale, who still take time to talk with their patients in a therapeutic setting.

Ramos decided to include talk-therapy as part of his practice while doing research at Wayne State University. He was working with people with infectious diseases like HIV who were on an experimental drug, but found himself so busy he barely had time to spend five minutes with them.

He had his aha moment when an 80-year-old patient insisted he sit down and talk to him after receiving his medication. It meant Ramos was going to be late for the rest of his rounds, but he knew it was the right thing to do. This decision changed his professional trajectory.

“That’s when I knew I was in the wrong place, because I could not spend the time I wanted with my patients in the over-demanding environment I was in,” Ramos says.

Soon after this, Ramos passed his licensing exams and chose to do a residency in psychiatry where he hoped he would have more time to spend with his patients. He applied to a number of schools to do his residency, but was chosen by the first school to which he applied, the very day he interviewed — almost unheard of — at Creedmoor Psychiatric Facility in Queens.

Ramos is warm, compassionate and he truly understands people with mental illness, which he attributes to his unique childhood. When he was 7, his mother, who was training to be a psychiatrist, would drop him off at the hospital’s day-care. Only it wasn’t day-care as he later found out, but the hospital’s mental health clinic for children.

“Kids my age would be smoking in the corners, trying to not to get caught,” Ramos says. “The whole environment was kind of crazy, but I thought it was the norm.”

This early exposure made him feel right at home while working in psychiatric centers, something he wrote in his application essay to Creedmoor’s psychiatric program. Normally, an applicant meets with a few people in the morning, but he ended up interviewing with almost the whole top staff and it took all day. Later they told him that before interviewing him they had decided he would either be crazy or the best psychiatrist ever.

After meeting Ramos, they knew it was the latter and offered him a position on the spot — a rarity to say the least. What did Ramos think?

“Crazy is normal to me, and that hospital felt like a home of sorts since I had spent so much time in one when I was a kid,” Ramos says playfully, yet seriously.

Ramos chose community psychiatry where he often worked at homeless shelters in addition to the patients in at Creedmoor. “I really wanted to help people who become forgotten due to chronic mental illness,” he says. “I just gravitated towards the specialty.”

It did not take long for Ramos’ reputation to grow and after a few years, unbeknownst to him, the director of New York Presbyterian/Columbia University’s community psychiatry program recommended him to the University of Florida, which was starting a community psychiatry fellowship program in Jacksonville and Vero Beach. Ramos saw this as a great opportunity and chose Vero where he would have the opportunity to help develop the program.

In 2010, Ramos started at the University of Florida Health Center for Psychiatry and Addiction in Vero. His fellowship position was partly supported by Champ and Debbie Sheridan of Vero Beach, local supporters of developing mental health programs in Indian River County. Through his work, he was able to help disenfranchised people who normally do not have the finances to get mental health. “I loved helping patients in need,” he says.

He also learned about a new way to treat depression during his UF fellowship — transcranial magnetic stimulation (TMS). It’s for people whose depression is so bad that even medications cannot seem to help. Very simply put, a magnetic field generator or coil is placed on the left frontal part of the brain that deals with mood regulation and stimulates nerve cells to produce serotonin, a chemical that contributes to well-being and happiness.

“It’s hard to describe the effects of TMS,” Ramos says. “It’s like a feeling of zen without having to work at it, but it’s not a high, not a euphoria … it’s more a sense of calmness.”

After a few years with the University of Florida program, Ramos decided to open his own practice in Vero Beach, something he always wanted to do. His first point of business was something he learned at UF: have a good front line, meaning the first person whom patients interact with, the office manager.

“It’s important that from the get-go, patients, many of whom are fragile, have a good experience with the front-desk assistant,” he says. “In essence, they are the front lines. I found the perfect person in Courtney.”

And Courtney Harris, office manager, gets it.

“I enjoy what I do, and I extend more than a helping hand, listening ear to my patients,” she says. “Most importantly, I am kind, empathetic, compassionate and efficient. I go above and beyond for my patients, I treat them the way I would want to be treated.”

Harris also has high praise for her boss.

“Dr. Ramos is humble and compassionate, he takes his time with his patients as well as his employees,” she says. “You definitely won’t walk out of his office the way you walked in!”

But for those patients who are unresponsive to medications or suffer from side effects from antidepressants, Ramos offers TMS, and has expanded on his work begun at UF.

Currently, the FDA approves TMS for major depression exclusively, but much research has been done suggesting that TMS also helps with anxiety, PTSD, migraines, and in some cases, addiction. The brain has many functions and anxiety tends to predominate on the right side of the brain.

Although TMS on the right side of the brain has not been approved by the FDA or insurance companies, Ramos offers it as an option for patients who are following the numerous studies on TMS and reading about the positive outcomes. And for the majority of patients, with the exception of some whose brain wiring simply does not respond to TMS, results have been incredibly positive.

One of Ramos’ TMS technicians has seen his fair share of positive stories.

“I have been doing TMS treatment for about two years with Dr. Ramos,” Mark Creel says. “It’s amazing to see a patient come in being so depressed where they can’t enjoy the simplest things in life due to depression. Over the course of treatment, many are able to enjoy the simple things in life such as going to a movie, out to dinner or even just walking the beach.”

It’s hearing life-changing statements like this that keep Ramos motivated and encouraged to continue helping those in need, even though his schedule has gotten busier than ever.

“I still do community outreach,” he says. “I’ve always done that, that always will be a part of me and will never leave me. For me, it’s not about being published and it’s definitely not about the money because I will be in debt the rest of my life! At least I’m doing it for right reasons … I love what I do.”

Family: In a long term relationship

Hobbies: “I love cars. I rebuilt my ’92 Miata when I was studying for the boards because I was anxious. I first started cleaning the engine and next thing I knew I took apart the car and put it back together.”

Who/what inspires me: My patients.

Something most people don’t know about me: “I love computers and I love interior design.”