Many in the legal community of the 19th Circuit know Darren Steele as a distinguished county court judge who serves in Martin County. Appointed to the bench by Gov. Crist in 2009, Steele oversees misdemeanor and juvenile cases.

Yet many may not be aware that in his spare time, Steele is an adjunct professor at Indian River State College. The judge, who joined the faculty in 2016, teaches courses in criminal justice and paralegal studies. A natural in the classroom, the college recognized him in 2019 as Adjunct Professor of the Year for public service education.

“Judge Steele is an excellent instructor as demonstrated by his enthusiasm and dedication to his students’ success in their courses and careers,” notes Beth Raulerson, department chair of Paralegal Studies/Legal Assisting at IRSC.

For Steele, teaching is a perfect fit with his judicial role. He credits mentors who have been exemplary role models who have guided him in his career and feels that instructing in the classroom helps pay it forward.

“It really ties in to go out and educate — the idea being that we need an educated citizenry, whether it’s teaching at a community college or when we bring the middle schoolers in to watch court,” he explains. “Anything that we can do to make the court more transparent and more user friendly, so people understand what court and citizenship are.”

Steele’s IRSC classes are highly interactive and he encourages his students to participate and become independent thinkers. He uses the Socratic method of teaching that encourages students to develop critical thinking skills and get a better understanding of the material.

“You have to reach them where they are,” he says. “What is a way of making them think? Criminal justice can be a very traditional, rigid focus. In my class we use witty videos and skits — anything to see the big picture.”

One of the main criminal justice courses Steele teaches is Law and Social Control, which is a senior level class that covers numerous polemical issues including bail reform, minimum mandatory sentencing and the role of the public defender.

Immigration is another hot-button topic that is discussed in his classroom. To give the students hands-on experience, he has the class create its own immigration system, comparing programs in the United States with Canada.

Another topic that Steele covers is purposes for punishment, where he challenges students to analyze and dig deep while tackling the subject.

“I’ll give them a hypothetical: Somebody has a second DUI and the prior DUI had an accident, so what’s the penalty?” he asks. “The best students say, ‘I want to know more information.’ But then you’ll see that there’s not one magical right answer. What’s the appropriate penalty? How much jail? Should we suspend people’s licenses? Should we make them do community service? Should it be different for somebody based on their mental health issues or substance abuse issues?”

Steele especially enjoys helping students with diverse backgrounds come together as they exchange opinions on a controversial subject.

“This comes from my training as a mediator, which is to try and bring people together,” he says. “We might have someone who’s a law enforcement officer with prior military experience in the Middle East and somebody who is active in the Black Lives Matter movement. And you put them in the same class and you say, ‘What can we learn?’ We’ll have a hypothetical, and by the end of the course, you can see people with very different opinions having a much deeper respect for what it’s like to walk in the other person’s shoes.”

Steele points out that the coursework is designed to be practical so students can learn real-world skills that they can take into the workplace.

Being a judge, he adds, allows him to bring that real-world experience into the classroom.

“That’s the neat part about being a judge and an adjunct professor, is I can say here’s the types of cases that we had in court yesterday, and how would you analyze them?” he explains. “Part of it is also modeling behavior. People think judges are faraway figures that you can’t talk to. So, for the class to see somebody who is a judge, who talks about getting to go to their kids’ sports games or having the same issues that everybody else has, I think is helpful.”

Being an adjunct professor involves more than helping his class understand the law and applying it to everyday circumstances. Steele says sometimes students need a sounding board — someone to offer them guidance for their personal lives.

“A lot of times, students will come to me after class and have questions like, ‘How do I get on with the sheriff’s agency; what are they looking for?’ ” he says. “It can be as simple as explaining the difference in costs between a state versus a private law school or where to get assistance to pay for textbooks. It can run the gamut.”

Steele also enjoys being a mentor to his students, offering words of encouragement and helping them persevere during those challenging times.

“Some of them have so much going on with their life — like work and family responsibilities that they get discouraged,” he says. “I’ve sat more than a few down and had the pep talk, ‘Hey, you really can do this. You may feel overwhelmed, but look at the quality of your work, and I think this is really worth pursuing.’ They stick through and earn a bachelor’s degree or training in their field.”

Helping to build an educated public one student at a time is what keeps this judge in the classroom. Steele wants to open people’s minds and turn them onto various legal subjects, so they are better informed and prepared for successful careers.

“The neat thing about a local college is these are students who want to be there,” he says. “It’s not mandatory. They have to be excited and interested and want to learn.” 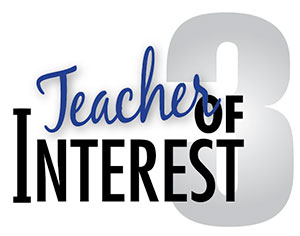 Lives in: Martin County
Age: 51
School: Indian River State College
Family: wife, Nereida; son, Lucas; daughter, Katie
Education: Bachelor’s degree, Tulane University; Juris Doctor, University of Wyoming; Summer certificate in Comparative Law from Hebrew University of Jerusalem and University of Guanajuato
Background: “When I became a lawyer, I was a public defender for four years. Then I worked at a prominent law firm for two years, and then worked in a two-man law office for nine years.”
How I got into teaching: “I always wanted to teach, but wasn’t sure how to get into it. I talked to Judge Bill Roby who was a teacher, and he recommended me to Beth Raulerson who is the head of the legal program at IRSC.”
What I like best about teaching: “The best part is helping students see both sides of an argument and watching them come to appreciate others’ points of view.”
Something that my students don’t know about me: “I enjoy weightlifting, target shooting, and once did amateur bullfighting in Spain.”