For many, a wedding is the stuff that dreams are made of and often the very dream cultivated from childhood. Couples labor over the plans and work hard to make sure every single detail is carried out to create a dreamscape and the flawless execution of a day whose memory will last a lifetime.

A few years ago, I met Bobbie Spencer while I went through rehab for an injury. We became friends in the lounge of the rehab and I was intrigued by her knowledge of rare fruits that were native to Florida.

I have lived in Florida most of my life and most of the names of the fruits had a hint of familiarity, but I wondered why wasn't anyone really educated about them. Then, after talking to Spencer more, I realized there was...

"Everyone knows about Florida's oranges, grapefruits, strawberries and even pineapples, but what many might not know is that the climate in the region's backyards is practically perfect for growing a host of other delicious and less widely known fruits."

"From engineering school dropout to hospital CEO, Sasidhar's journey from India to Florida - by way of New York, Connecticut, New Mexico, Ohio, France and Abu Dhabi - has not been typical. But he is still a doctor at heart. When things 'settle down a bit,' he plans to resume his practice, treating patients in addition to heading operations."

Hundreds of veterans will walk a smoother path to civilian life and a good career with the help of the new Veterans Center of Excellence at Indian River State College's Pruitt Campus.

Opening of Veterans Home delayed until May

With pandemic-induced supply chain shortages still plaguing just about every industry, the opening of the Ardie R. Copas State Veterans' Nursing Home in Tradition is delayed until May. Previously, state veterans officials hoped it might open in the fall of 2021.

A Gem of a Title

Breanna Myles put St. Lucie County on the map when she was crowned Miss Teen USA during the 39th Miss Teen USA pageant held in November in Tulsa, Oklahoma. She had won the Miss Florida Teen USA title earlier in the year that parlayed her into the final completion with state winners from around the nation.

The past couple of years have been extremely challenging for everyone and navigating life in a pandemic has been no easier on those who don't have a voice. Those who died from the coronavirus often left behind beloved pets that had been their constant companions. When people lost their jobs, not only did it become a struggle to feed themselves, but often their pets suffered from scarcity and shortage, too.

Sandhill cranes can be seen along roadways throughout the City of Port St. Lucie, as well as throughout the state. They seem oblivious to human affairs going on around them, like traffic on the roads, as they go about searching for food. The state of Florida has designated the sandhill crane a threatened species. This means that if one were to step out onto the roadway, motorists should come to a stop and wait until all birds are off the pavement. Their main diet consists of insects and small lizards or frogs, which is why they are often seen in swales alongside roads. 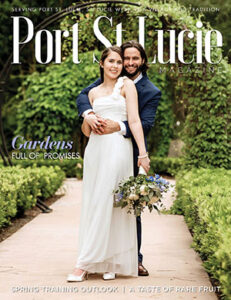