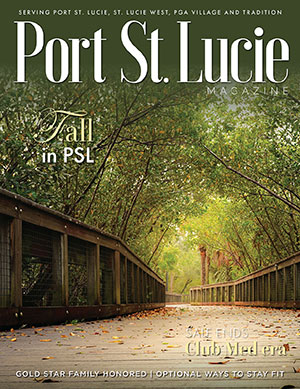 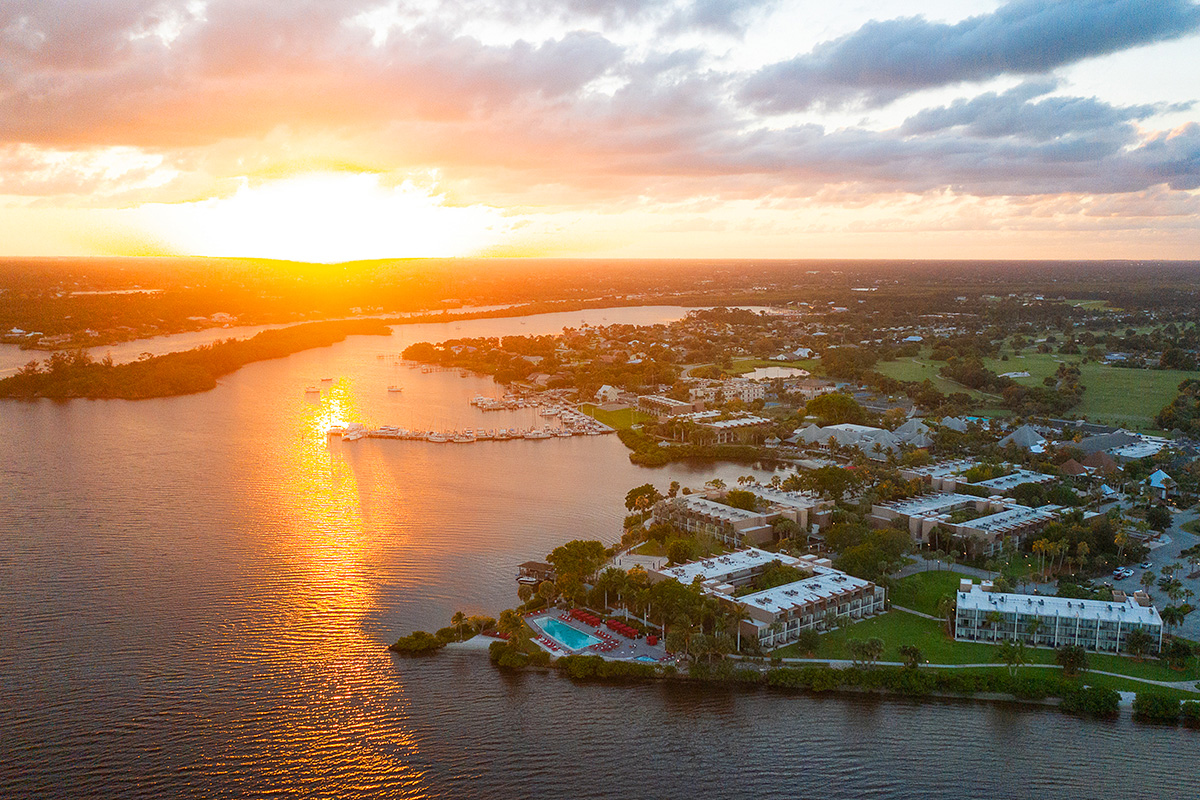 After almost 40 years in the city, Club Med Sandpiper Bay is leaving Port St. Lucie. The 200-acre resort and golf course on the St. Lucie River has offered laid-back vacation experiences since the company bought the property from the original developer of Port St. Lucie, General Development Corp., in 1986.

The complex has long boasted superior sports and leisure amenities that include a marina, golf course, tennis courts, and soccer and other field sports areas. These assets are seen as vital to its mission by new owner Altitude International Holdings Inc. 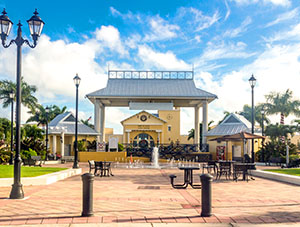 As fall arrives, we face a season of change and we report some of these in this issue. But all the news looks promising.

The best news – and probably no surprise – is that U.S. News & World Report has ranked Port St. Lucie as one of the best places among small cities in the nation... 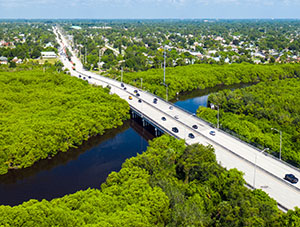 City noted for safety measures and its relaxed lifestyle

Port St. Lucie is one of the best places among small cities in the nation to live, says U.S. News & World Report. To make the top of the list, a place had to have good value, be a desirable place to live, have a strong job market and a high quality of life. The city was cited for its more relaxed atmosphere compared to its larger neighbors, its clean streets and quiet neighborhoods, scenic waters and lush golf courses. 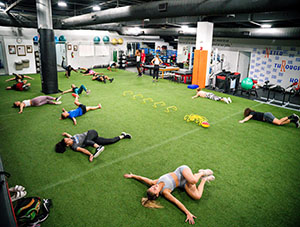 Many people decided that the 19 in COVID-19 refers to the number of pounds they put on during the lockdown. Back on the move, health and fitness are new priorities for many. 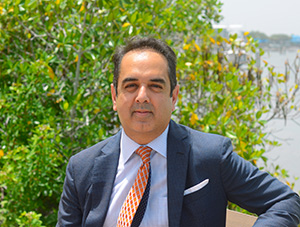 Vision for the Future

For Dr. Rishi Singh, taking the helm at Cleveland Clinic Martin Health is about continuously improving the quality of health care in Martin County.

“I enjoy being a physician leader of this organization who is able to understand how we can do better at the bedside by working in the boardroom to impact and improve the lives in our community in a meaningful way,” he says. 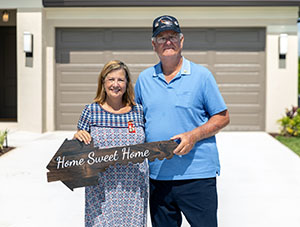 Kathi and Gene Sandburg stood back and looked at their new 2,435-square-foot home neatly sitting on their new lot and were overcome with emotion. Their son, Brendon, they were sure, was looking down on them with a big smile on his face. 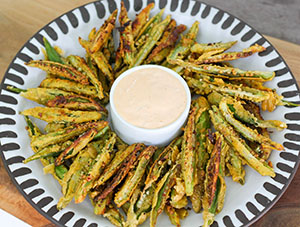 Every time I open one of my grandma’s cookbooks, I’m back in her kitchen. I swear I can smell fried mullet when I turn the pages. Sometimes scraps of paper fall out with notes from my grandpa: “Mom, Gone to pick up Fred. Love, Dad.” I treasure these more than the actual recipes. My grandma, Polly Summerlin Moore, never followed recipes anyway. She might look at them for ideas or to jog her memory, but then she closed the book and cooked. 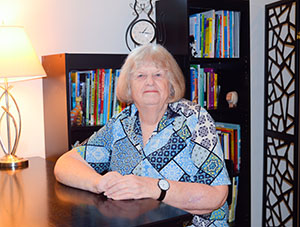 Liz Knowles’ home is decorated in black and white, fitting for a woman whose career included millions of black letters on thousands of white pages. Apparently the other 11 residents — cats — also approve of the color scheme. 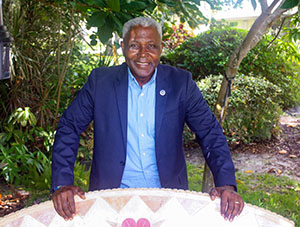 “We had a very happy childhood,” Bruno says of his two brothers and two sisters. “We lived near the ocean. In fact, every city I’ve lived in has not been far from water. Haiti was a place of safety if you chose to be safe, growing up under a dictatorship. If you minded your own business, life was peaceful. You stayed out of politics.” 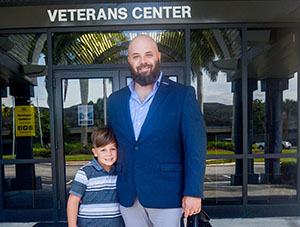 Jordan Kahle was born at the Naval Submarine Base in Groton, Connecticut, but his father’s postings kept the family moving.

Three years in the Melbourne/Palm Bay area was long enough for high school — the longest stretch he’d lived at one address.

A single dad since Jordan was young, his father playfully called him Nub, Navy slang for a new crewmember, a non-useful body. One night, he sat the boy down inside the radio room of his sub. 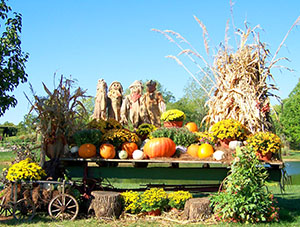 Join your Neighborhood Scarecrow Competition from Oct. 1-15. City neighborhoods can decorate and display a scarecrow next to their neighborhood sign. The best scarecrow will be announced during Harvest in the Preserve at McCarty Ranch on Oct. 15. Call 871.5225 for more information 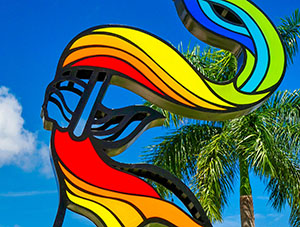 A gopher tortoise makes its way across a lawn at Port St. Lucie Botanical Gardens. Tortoises are vegetarians and eat foliage, flowers and fruits. With front legs adapted for digging, tortoises create extensive burrows in which they live. There, they are protected from the heat of summer and the cold of winter, as well as from forest fires and predators. Gopher tortoises are a threatened species and are protected under Florida state law. 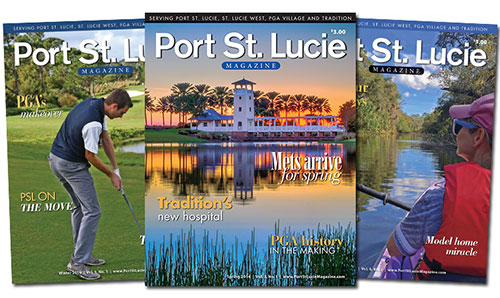