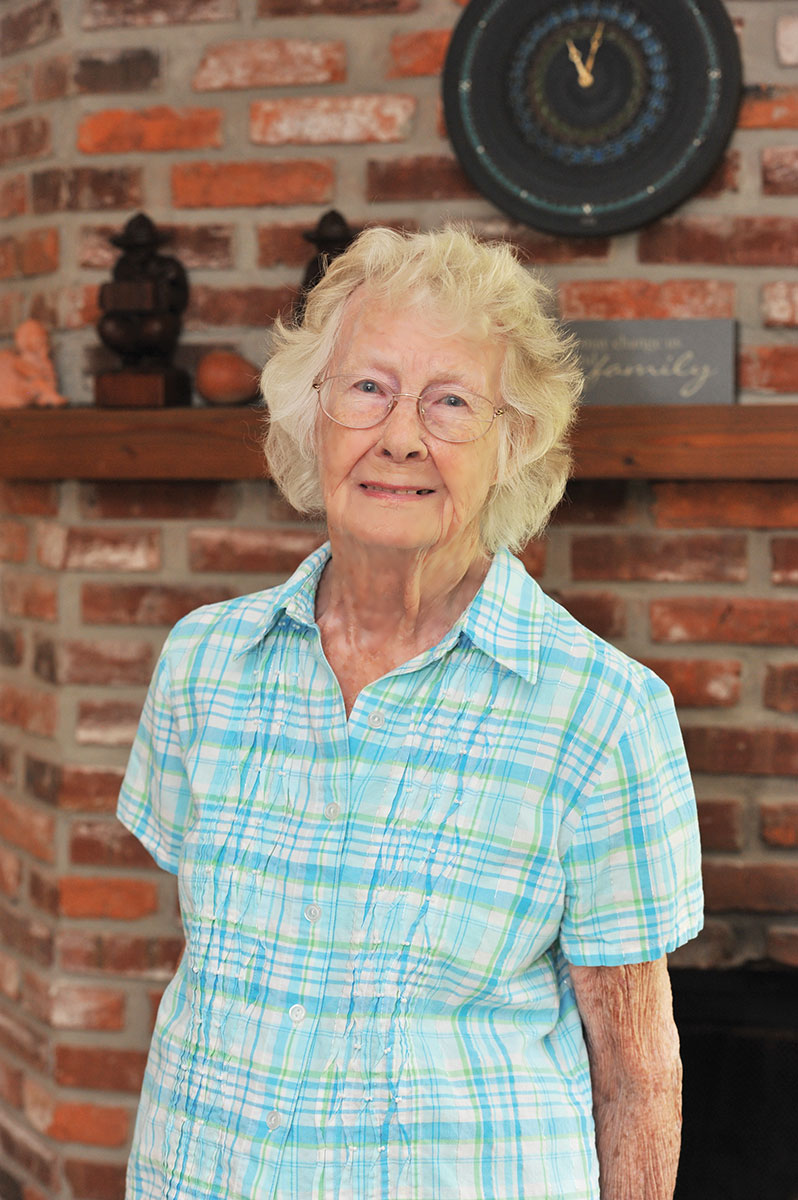 Sarah Prado, at her home in Vero Beach, is the granddaughter of the keeper of the old House of Refuge at Mosquito Lagoon in Volusia County. ED DRONDOSKI PHOTO

Florida native Sarah Prado of Vero Beach has collected hundreds of photos over the years to the delight of a regional historian who is compiling an illustrated book about Florida’s old houses of refuge.

For a decade in the late 19th century, the U.S. Lifesaving Service staffed 10 centers that provided aid to mariners along Florida’s east coast, where near-shore reefs can produce treacherous conditions. Prado’s grandfather, Samuel Coutant, worked as the keeper at the Mosquito Lagoon location in Volusia County for more than two decades.

Sandra Thurlow, co-author with her daughter-in-law, Deanna Wintercorn Thurlow, of a book about the Gilbert Bar House of Refuge in Stuart, happened to be listening to Florida Historical Society’s Florida Frontiers radio program one Saturday when she heard an interview with Prado. It was the first time she had heard of the 92-year-old and of her connection to Coutant.

Thurlow quickly obtained Prado’s phone number and called her. Soon, she and her husband, Tom, paid a visit to Prado at her cheerful home on the south side of Vero Beach.

“Sarah Prado’s delightful personality and twinkling eyes drew us in,” Thurlow said. “Not only is her house filled with family photographs and documents, both displayed and in albums, the walls are covered with paintings and drawings created by family members, including Sarah. After hearing some of her amazing life story we looked through what I had hoped to discover — photographs taken during the 22 years her grandfather was keeper of the Mosquito Lagoon House of Refuge.”

Thurlow said she hadn’t found images of daily life at the houses of refuge before, except for some photos that Prado’s cousin, Elwin Coutant of Stuart, shared with her. “Now there were many more,” she said.

Prado’s pictures are going to appear in a new book, U.S. Life-Saving Service – Florida’s East Coast, an Arcadia Publishing Images of America book, due out in December. Thurlow said the book also will include photos that Tim Dring, president of the U.S. Life-Saving Service Heritage Association, discovered in the National Archives, along with photos from museum collections and Thurlow’s own collection.

Nine of the 10 houses of refuge, including Bethel Creek in present-day Vero Beach, have vanished, perhaps torn down, burned or washed away by storms. The Gilbert Bar building is still standing and operates as a museum.

By the time Prado was born on Florida’s west coast, her grandfather had retired from Mosquito Lagoon. Her earliest memory was of watching him work as a printer in Stuart when she visited with her parents from their home in Jacksonville.

“He was the first printer in Stuart,” she said.

She said that before Stuart had a newspaper, her grandfather printed a page of Stuart news for the front page of the Fort Pierce newspaper, which was delivered to subscribers in Martin County.

Prado remembers her grandparents’ home as a two-story frame structure with an outhouse. A store selling ice cream cones was a short walk away, she said. Her aunt and uncle lived in a house overlooking Indian River Lagoon in Stuart.

“They had a flower farm there,” she said. “The house was on a hill above the river. I remember playing on the great stretch of lawn that went to the river.”

Prado moved to Miami as a young woman and married Henry Prado, a pilot with Pan American World Airways. His aviation career — he was also a private pilot — took them to New York, Washington, D.C. and California. In the 1940s, Sarah Prado worked for the Navy in Washington and after that she was a housewife.

Now, she has a book to write: her own life story.

“I’ve got to get with it,” she said with a chuckle. “I think that every week, this is the week I’m going to do it!”