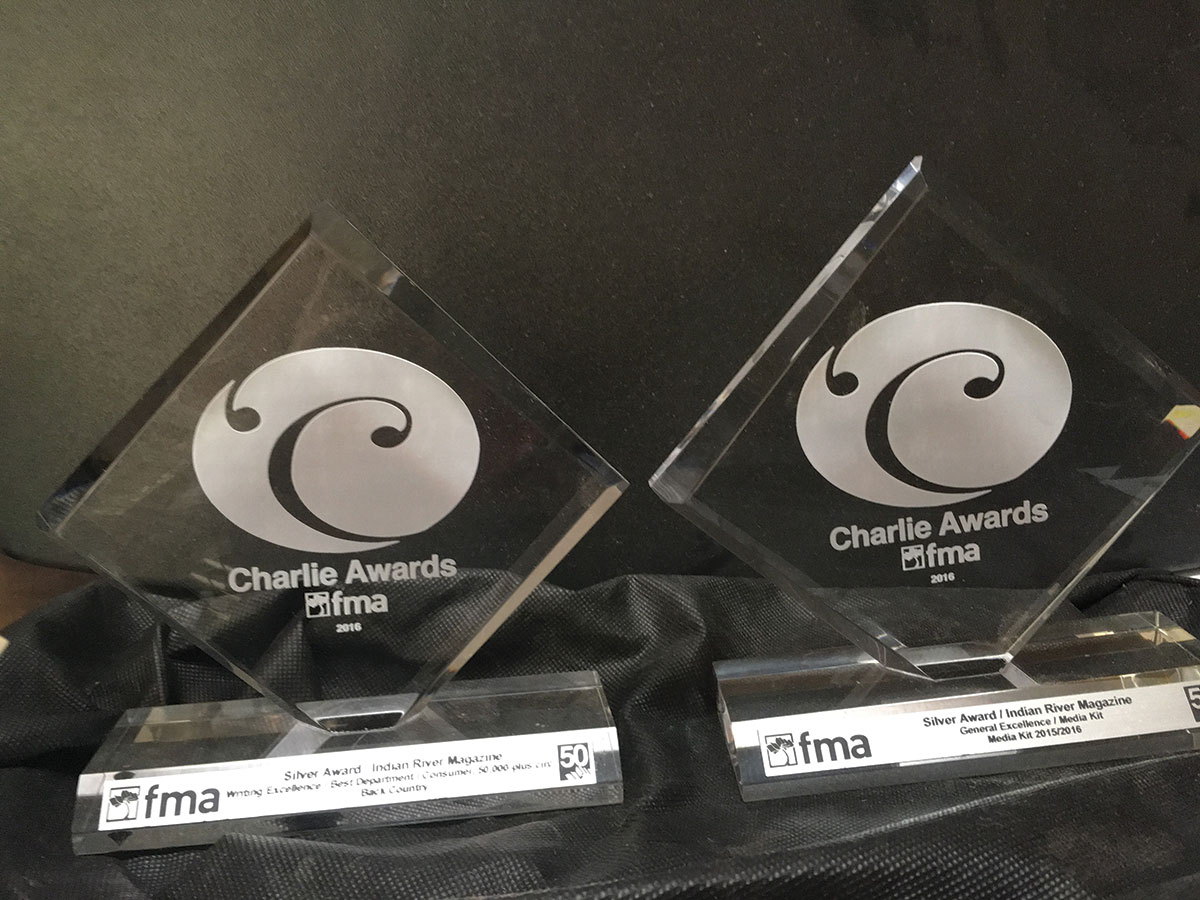 The magazine was honored with two Charlie Awards during the Florida Magazine Association’s annual conference in Orlando on Sept. 23 and was the only Treasure Coast magazine receiving awards.

The FMA also cited Indian River for general excellence for its media kit, which provides a guide to the magazine’s editorial, advertising sales, distribution and history. Michelle Moore Burney, the magazine’s longtime design editor, created the media kit. To see it, click here.

Indian River, the largest general-interest magazine in the region, was founded in 2006 by Treasure Coast natives Gregory Enns and Allen Osteen. The magazine is launching a season-long celebration of its anniversary beginning with its fall issue that publishes next month.