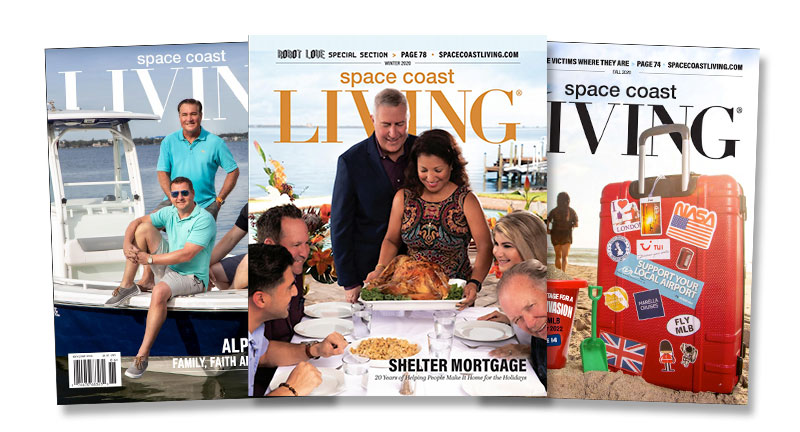 The asset purchase agreement between Indian River Media Group and Space Coast Magazines LLC and principals Joe Duda and Eric Wright was executed on April 8. Terms were not disclosed.

“We believe that it’s essential that Brevard readers have a glossy lifestyle magazine reflecting the county’s beauty and robust economic vitality,’’ Indian River Publisher and President Gregory Enns said. “We are glad that we could complete this agreement so that we can continue providing Brevard readers with this outstanding magazine about the community in which they live.’’

Duda and Wright announced earlier this month that they would cease publishing Space Coast Living. But the new agreement and ownership ensures the glossy magazine and its website, spacecoastliving.com, will continue publishing well into the future.

Enns said his company plans to expand Space Coast Living’s home section and to add history and other features. Besides the summer edition in June, Space Coast Living will publish every September [fall], November [holiday], January [winter] and March [spring]. The annual Discover The Space Coast, a visitor, relocation and residential resources guide, will publish every December. The publishing cycle mirrors that of Indian River Magazine, which covers the Treasure Coast counties of Indian River, St. Lucie and Martin.

The editorial and sales staffs of the two magazine groups will be separate, although the company will run its administrative functions such as billing and subscriptions, through the Fort Pierce office. Lori Reader, who left Space Coast Living last year, is returning to assist with advertising sales. Tasha Macri, who has been with the magazine for three years, will oversee marketing and operations for Space Coast Living. Enns will serve as publisher.

Indian River Magazine was launched in 2006 by Enns and Allen Osteen, Treasure Coast natives and friends since childhood. Enns is a former newspaper editor and reporter who is vice president of the Florida Magazine Association. Osteen is president of East Coast Lumber & Supply Co., with stores and lumberyards in Brevard, Indian River, St. Lucie and Martin counties. In 2019, he was named entrepreneur of the year by the Indian River State College Foundation.

Because of the number of different magazines and websites it produces, Indian River Magazine Inc. recently realigned itself as Indian River Media Group to reflect its broad spectrum of print and digital publishing.

And in 2019, the company produced Vero Beach’s 100th anniversary magazine that was recognized as the best custom magazine in the state by the Florida Magazine Association.

“We believe in the vitality and future of print magazines,’’ Enns said. “They are one of the most credible forms of media, and our various digital platforms and websites reinforce these.’’

See the most recent issue of Space Coast Living
www.spacecoastliving.com/current-issue/