Home is in his heart 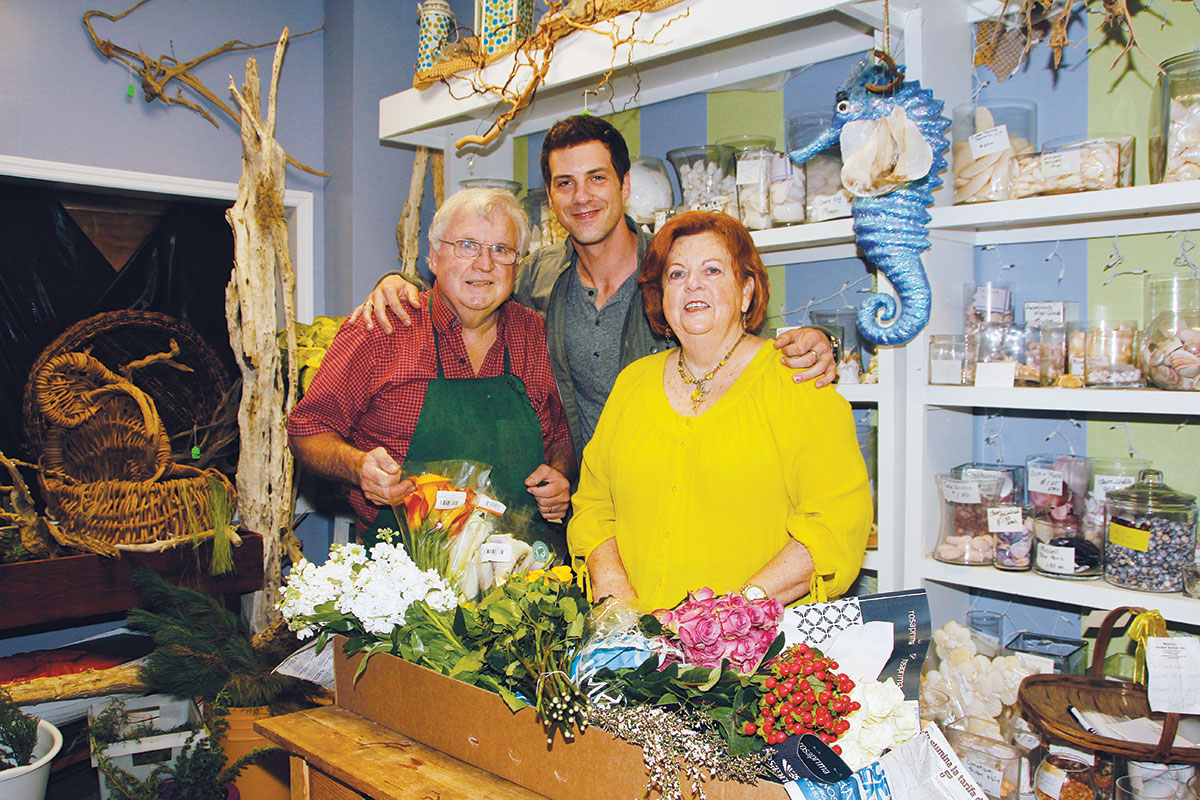 Jones shares time with his parents, George and Monti Jones, in their eclectic floral design shop Monti’s Potpourri when he comes back to Vero Beach. CHRISTINA TASCON PHOTO

There is something special about Vero Beach. The people who live there know it and so does a hometown boy who gained fame in far-off places.

None has forgotten the city.

Jones and the others still come home to Vero, visiting regularly and hanging out in the same old places. Owen can be seen on a fairly regular basis when he returns from Nashville hanging with his friends on the river or doing an impromptu performance at his old haunt, The Riverside Cafe. Fish has a philanthropic foundation that he and Owen began together and has held tennis camps for local kids. And both are seen fairly regularly visiting family.

The visits and community involvement give their families reason to be proud but it also makes their hometown loyal fans and in turn, the town respects their privacy while here and follows their successes as well as supports them in down times. In Vero Beach, Fish, Owen and also Jones are just hometown neighbors no matter how high their stars rise.

“I definitely identify as being a Vero Beach boy,” Jones said. “It’s such a beautiful town and I feel lucky to have grown up here. It’s a concrete jungle in California, and you always have to be ‘ready’ out there … not so in Vero.”

Jones’ family moved to Vero Beach from Charleston, S.C., in 1984, three years after he was born. His mother Monti is a well-known event floral designer and his father George is a retired trial lawyer.

As a child, Jones was painfully shy. He grew out of his shell after taking a dare from neighbor Sayre Roberts Schwiering to audition for a part in Robin Hood at the Riverside Children’s Theatre.

“I did not get the role, but I fell in love with the whole community and just kept going to the Children’s Theatre,” Jones recalled.

“I think having a truly professional theater in a small town is a wonderful thing for the youth that get involved because they get firsthand experience from the very best,” said Allen Cornell, Riverside Theatre’s artistic producing director.

Jones said he would not be where he is today if not for Riverside. “Riverside formed me as an individual, but also gave me the confidence. Art in the community is so important, without that you are not taught about being your own person and following your own path.”

His work on stage built his confidence. As he was learning to act, he was shedding his shyness.

“Around the time he found the theater, he began to become a little more vocal and outgoing at school,” longtime friend Sheana Firth said. “One day I recognized him as being different than before, like he had found his passion or at the very least found something that made him come alive.”

Agents came to watch the shows and a talent scout from the Diamond Agency was there to see her client when Jones caught her attention. She signed him to her Orlando agency and got him parts in Disney shows and his first commercial with Tyko Toys promoting Nerf products.

Jones also began playing in a local punk band called User Friendly. His agent called and said there was a man looking to sign a band and wanted them to audition in Orlando. The man was Lou Pearlman, a record producer who put together *NSYNC and the Backstreet Boys.

“He already had the Backstreet Boys, who were touring overseas, so no one really knew them in the states yet and he wanted to put together another boy band,” Jones said. “We basically went over and did an acoustic show in his living room, but as it turned out he wanted just me.”

The group Pearlman put together was Take 5 and Jones was chosen to fill the final slot by his bandmates Ryan and Clay Goodell, Stevie Sculthorpe and TJ Christofore, who literally picked him from one of two headshots.

Take 5 toured the world, opening for Britney Spears, Destiny’s Child, Backstreet Boys and *NSYNC. They were Pearlman’s youngest group, ranging from ages 13 to 15 when they signed, so the tour included Jones’ mother. He found touring an amazing cultural experience but it was an eye-opener for the young performers.

The teens dealt with hundreds of screaming fans at airports and girls trying to sneak into their hotel rooms. Even though they were all under 18, they attracted attention from older women like super groupie Bobbie Brow, who included an episode with 16-year-old Sculthorpe in her book, Dirty Little Rocker Boys.

Unfortunately, the party train ended for Jones at 19 when Pearlman was arrested for embezzling money from his bands. After four years of touring, there was not even enough money to finance a lengthy lawsuit. Pearlman was convicted and sentenced to 25 years in a federal prison. The band never recovered its money.

A RETURNING TO ACTING

At 34, Jones is philosophical about his stint with Take 5. Having started in the industry at such a young age, he looks at the ups and downs as a learning process.

“I got burned out from the whole business, so I decided to just pack it in and come back to Vero and became a lifeguard for a couple of years.”

He was still doing small acting jobs in California and even had a recurring role on One Tree Hill and he also appeared in his first big movie, The Guardian, with Kevin Costner and Ashton Kutcher. One of the film’s casting consultants, Tina Treadwell, had worked with many young Disney actors and recognized Jones.

“I told her that I really needed some kind of dialogue and she worked to get me in a scene with Brian Geraghty and Kutcher where I got a couple of lines. That really helped my career a lot by getting a named character and a film credit I was able to put on my resume.”

Jones moved to California seven years ago and said it took a while to get back into acting but the response was good. He signed with an agency where talent agent Shannon McClaren took a personal interest, getting him in front of casting directors The parts soon began to materialize. He also got a job casting reality shows like Jersey Shore on VH1, an excellent vehicle for learning industry mechanics.

“I did a small bit in Pretty Little Liars, but it wound up being a big thing. A People’s Choice promotion let the show’s fans pick a name for this character, so it created a buzz. When I got the role the fans focused on me having won that role. It was great exposure on a lot of fan blogs and such.”

One thing led to another, and this eventually led to Jones landing his biggest part on television, playing Hayden Panetierre’s ill-fated love interest on the major ABC hit show Nashville.

“I think Nashville is my biggest achievement thus far, acting-wise. A well-respected cast, incredible exposure, with the most dedicated fans.”

His musical background helped him get the role when he performed a song at the audition, and he enjoyed the cast’s good-natured attitude and fun spirit.

“Once I posted signs around town about a ferret I was giving away and I put Hayden’s number as the callback,” he said. “She got about 25 calls regarding the free ferret. After she found out it was me she got me back by giving my number to about 15 extras. I had to change my number.”

After Nashville, Jones began direct-booking roles, although he still does auditions for specific types of roles. He has finally begun performing music again with his band, Tilky and the Brigade, and finds it to be a creative outlet he craves.

Jones is just waiting for his closeup before stepping onto the main stage and his mother has faith her son will become the ultimate star. Jones says she’s always been his biggest fan, shuttling him to countless Orlando auditions, watching out for him on tour and keeping him connected to his roots in Vero Beach.

“When I’m back home I love taking my brother and all the kids fishing under the bridge next to Riverside Theatre and hanging out with mom, dad and my bulldog Sydney, cherishing the memories we create as a family. Vero is just inside me. I still get my teeth cleaned at Conway and Conway and have my hair cut by a friend, Jan Cilento, who I acted with at the Theatre Guild, whenever I am in Vero.”

Jones credits family members and friends for keeping him on an even keel, but perhaps being involved in the business for more than half his life has prepared him on his way to celebrity. He says his goal isn’t fame and fortune but to continuously work in the industry, having a career that will support a family. Family, Jones says, is most important of all.

However it turns out, though, Vero Beach will be rooting for Tilky Jones.