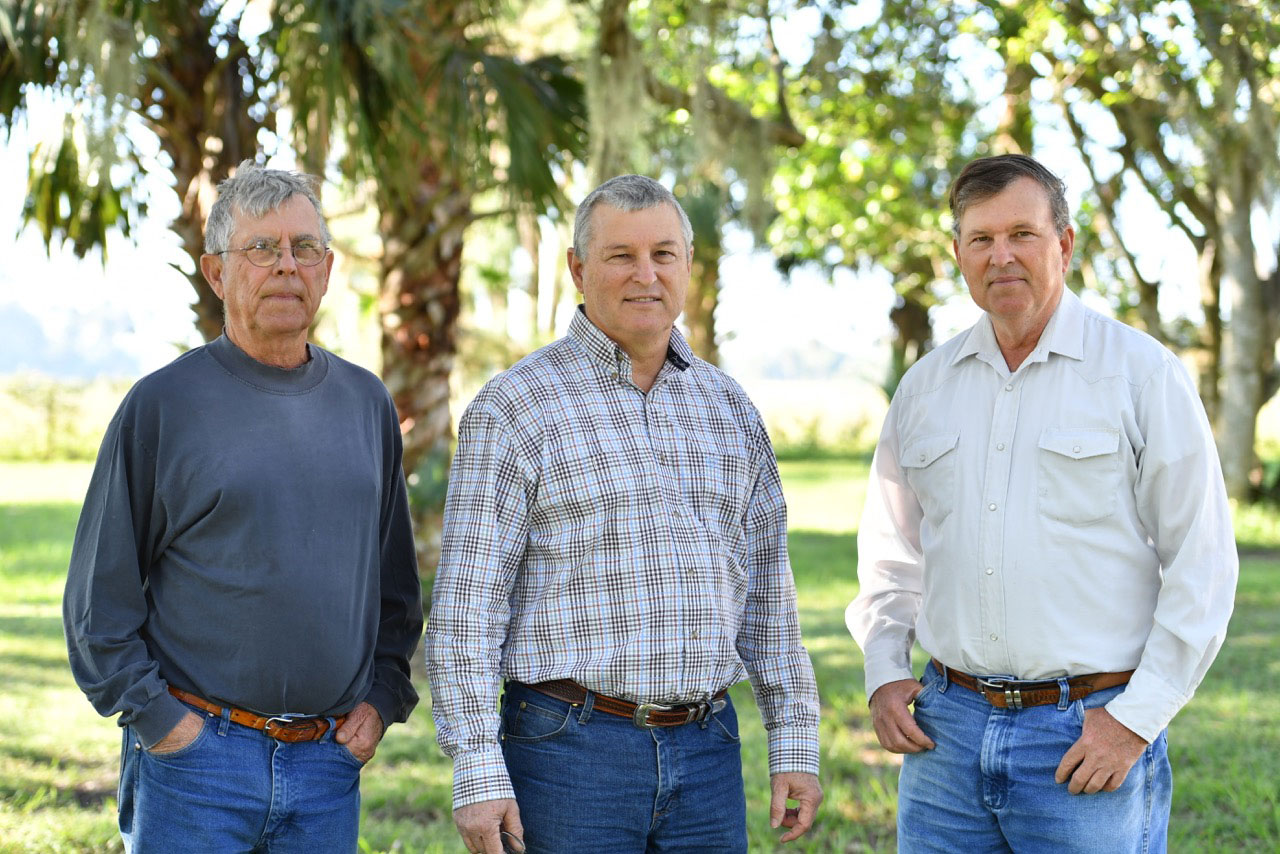 The history of Adams Ranch, which began with the purchase of land at less than $2 an acre 80 years ago, will headline this year’s Treasure Coast History Festival on Saturday, Jan. 13, in downtown Fort Pierce.

Brothers Lee, Mike and Robbie Adams will share the history of the ranch west of Fort Pierce beginning when their grandfather, Alto Adams Sr., purchased it in 1937. Adams later went on to become a Florida Supreme Court justice and his son, Alto “Bud’’ Adams Jr., took over the ranch's management. Along with his three sons, Bud Adams made it a model ranch in Florida. Bud Adams, one of the most recognized figures on the Treasure Coast, died in September at the age of 91.

The Adams brothers will share stories of their grandfather and father and life growing up on the ranch. They will also discuss how ranching practices have changed over the years. Adams Ranch Inc. in the last several years has focused on raising all-natural beef. The ranch is also involved in partnerships to open two restaurants in downtown Fort Pierce that will feature Adams Ranch natural beef.

Their session will begin at 10:30 a.m. in the Sunrise Theatre’s Black Box and will feature photographs of ranch history, many of them taken by Bud Adams, who was also a well-known nature photographer. Admission is free and on a first-come basis. The session is moderated by Gregory Enns, publisher of Indian River Magazine and chairman of the Treasure Coast History Festival. The festival is hosted and produced by Indian River Magazine in conjunction with sponsors Main Street Fort Pierce, Southern Eagle Distributing, CenterState Bank, the Sunrise Theatre and the Emerson Center.

At 12:30 p.m., students from Indian River Charter High School will present excerpts from “American Jazz,’’ a musical based on the discovery of recent letters between Waldo Sexton and author Zora Neale Hurston. A session at 1:30 p.m. features experts who will address the establishment of Fort Pierce as a military base in 1838 during the Second Seminole War.

The festival also features a fish fry hosted by the Summerlin Family, the first family of fishing on the Treasure Coast. The fish fry, which begins at 11 a.m., is $12 per plate and includes fish, cole slaw, baked beans and hush puppies. An outdoor session on the Summerlin family’s fishing history begins at noon.

Throughout the day beginning at 9 a.m. downtown will come alive with historical re-enactors ranging from early settlers to Seminole War soldiers who will depict life on the Treasure Coast in the 1800s. An early cow camp set up by seventh-generation cattleman Rick Modine and his aunt, Joyce Teague, will also be on display.

Trolley tours that take participants to significantly important historical sites in Fort Pierce are scheduled for 1 p.m. and 2:30 p.m. For required reservations for the trolley tours call 772.466.3880.

Free historical ghost tours led by paranormal investigator Larry Lawson will also be held throughout the day. Registration for those tours are taken on the day of the festival.

Additional outdoor exhibitions feature a history of treasure hunting the on the Treasure Coast, local railway history, a history of the St. Lucie County Fair, a history of the architecture of William Hatcher, and a display on the Florida Heritage Trail, which highlights significant historical sites in the state.

An Authors Alley will also be set up featuring local authors Allen Balough, Rick Crary, Terry Howard, Erin Lomax, O.C. Peterson, Dana Philips and Jean Ellen Wilson. Books on Treasure Coast history will also be available from the Florida Classics Library and books on A.E. Backus and the Highwaymen will be available from the A.E. Backus Museum & Gallery.

In addition to the all-day celebration in Fort Pierce, the Treasure Coast History Festival has also expanded to an evening session in Vero Beach on Thursday, Jan. 11. That session, free and open to the public, begins at 7 p.m. at the Emerson Center, 1590 27th Ave., and will focus on the legacy of Vero Beach visionary Waldo Sexton, who created Vero Beach landmarks as McKee Botanical Gardens, the Driftwood Inn, the Ocean Grill, Patio Restaurant and Szechuan Palace Restaurant.

Featured for the evening will be Sexton grandchildren Sean Sexton, Mark Tripson, Jenz Tripson, Bonnie Schwey, Randy Sexton and many others. The evening promises a fast-paced discussion sharing up-close insights of their legendary grandfather. The presentation will also reveal the many and creative entrepreneurial paths the Sexton family has taken in art, agriculture, real estate, and historical preservation.

Both the presentation at The Emerson Center and festival in downtown Fort Pierce are free and open to the public as part of an annual celebration of Treasure Coast history produced by Fort Pierce-based Indian River Magazine Inc. The festival is co-sponsored by CenterState Bank, Southern Eagle Distributing, East Coast Lumber & Supply Co., Main Street Fort Pierce, the Sunrise Theatre and the Emerson Center.