This is the fourth year of the festival, which highlights the history of the Treasure Coast. Free and open to the public, the festival is produced by Indian River Magazine Inc. in association with Main Street Fort Pierce, Sunrise Ford/Volkswagen, the St. Lucie County Historical Society, the A.E. Backus Museum & Gallery and the Sunrise Theatre.

“This is our way of celebrating the rich past of the Treasure Coast,'' said Gregory Enns, publisher of Indian River Magazine and chairman of the History Festival. “We hope newcomers will attend to learn more about the history of the region while old-timers can reconnect with their friends.''

Beginning at 9 a.m., downtown will come alive with historical re-enactors ranging from Seminole War soldiers from the 1800s to early settlers in the 1900s who will depict life on the Treasure Coast.

Free historical ghost tours led by paranormal investigator Larry Lawson will also be held throughout the day. Registration for those tours are taken on the day of the festival.

Authors of books on the history of the Treasure Coast will also be featured in the festival’s Authors Alley. The alley will give visitors a chance to purchase locally written books and to talk to the authors.

The festival also features a fish fry hosted by the Summerlin Family, the first family of fishing on the Treasure Coast. The fish fry, which begins at 11 a.m., is $12 per plate and includes fish, cole slaw, baked beans and hush puppies.

Three sessions on historical topics will be held in the Black Box in the Sunrise Theatre. All the sessions are free and no reservations are required, though seating is on a first-come basis.

The second session, “The Ais Natives of the Treasure Coast,’’ begins at 11a.m. and features historian and archaeologist Alan Brech, who has discovered the location of seven Ais towns along the coast, including the paramount town near Sebastian. Long before Europeans and even the Seminoles, an ancient people known as the Ais roamed the Treasure Coast. 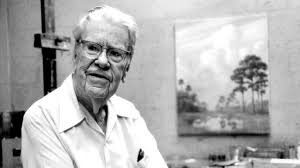 The third session, “We Remember Backus,’’ begins at 1 p.m. as relatives, friends and students recall the life of Florida’s preeminent landscape artist, A.E. “Bean’’ Backus of Fort Pierce, and how his art and life's work influenced generations of artists, and continues to inspire today.