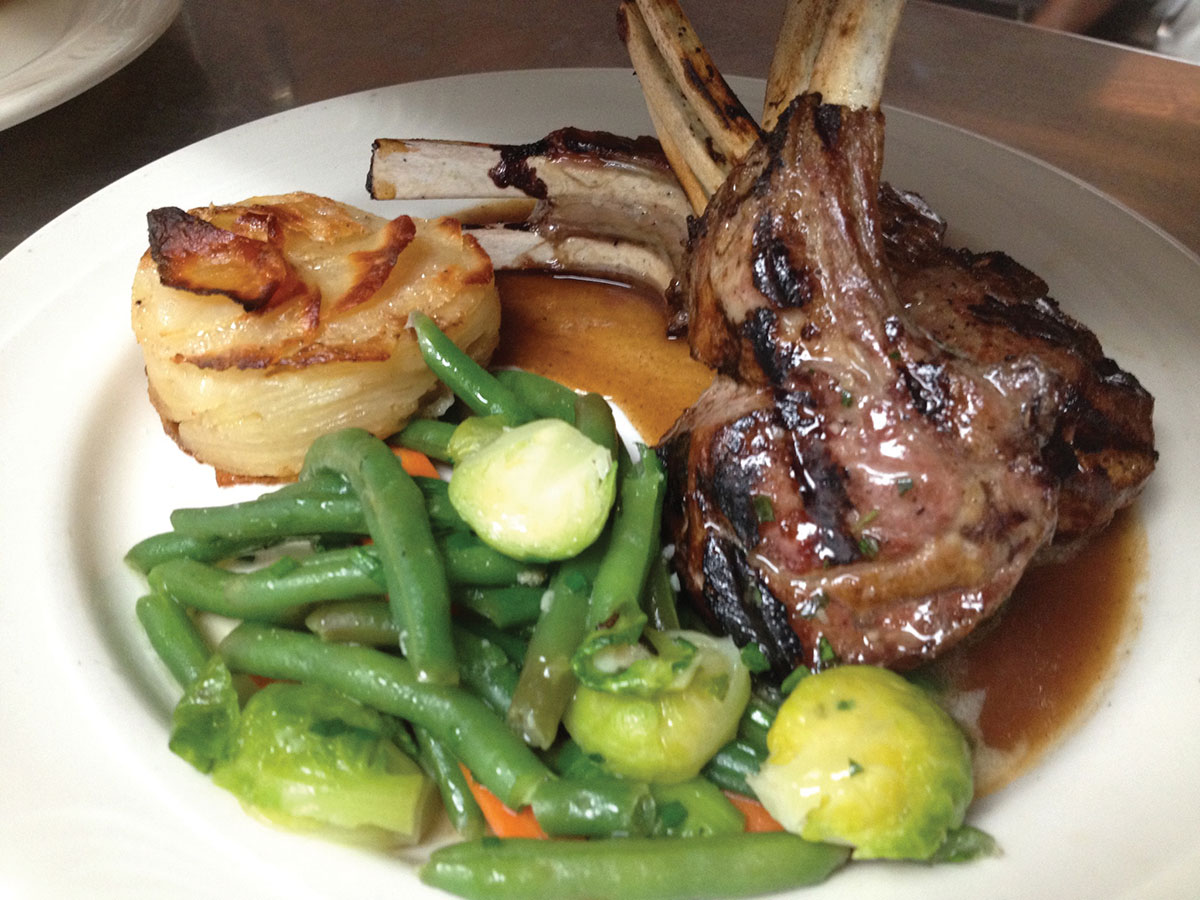 Every bite is a forkful of French flavors at Vero bistro

If you want traditional French fare, made by a French chef, then look no further than Bistro Fourchette (little fork) in Old Downtown Vero Beach.

With more than 30 years of experience, beginning when he was just 15 as an apprentice at a small restaurant in his hometown near Strasbourg, the capital city of the Alsace-Champagne-Ardenne-Lorraine region in northeastern France, he has worked every aspect of the kitchen. Sometimes chefs have superior attitudes, but not Becht. He remembers his humble roots. “I was grateful to work with a wonderful chef,” he says.

Becht’s next stops were at the Parisian restaurants Taillevent and Lucas Carton, where he mastered his craft as a sous chef. His reputation was such that the famous La Grenouille French restaurant in New York City asked him to join its staff. Not only did Becht expand his culinary skills in Manhattan, he also met his wife, Loretta, there.

His reputation continued to climb and after spending time working in New York City, the Bahamas and Miami, Becht came to Vero Beach when he was appointed executive chef at Windsor in 2012. But like many chefs, Becht wanted to be his own boss and wouldn’t you know, there wasn’t a single French restaurant in Vero Beach.

Today, Bistro Fourchette is a total family business with Becht running the kitchen, Loretta, who is also a co-owner, handling maitre’d duties in the dining room and daughter, Virginie, helping wait tables on the weekends.

Two other traditional dishes Becht will start offering come November are a traditional cassoulet and coq au vin. And of course, let’s not forget starters, which start at $8. These appetizers include salade d’endive, an endive salad with sliced pears, walnuts and Roquefort cheese with a champagne dressing. Another favorite is salade de melon et chèvre, watermelon and goat cheese salad. Also on the menu is escargots Bourguignon, Burgundy snails flambe with cognac, baked in herb garlic butter.

Complementing his cuisine is a savory group of French wines hand-picked by Becht and his wife. Their $9 house Chateau Pey La Tour Bordeaux may be a few more dollars than the house wine in your typical Vero restaurant, but it is 10 times better and well worth it. The couple has also introduced a number of rosés, which are popular in the south of France. “We really want to give customers a taste of France, and experience that when they come here,” Loretta says.

GOOD REVIEWS
Just opened a full year, business is great. Many come by word of mouth but also others were die-hard Melody Inn patrons and eager to support the new restaurant.

“My wife and I loved the Melody Inn and wanted to support Bistro Fourchette, but we needed proof,” John Kilpatrick says. “After having dined here, we are convinced. The food and ambience are excellent.”

And to encourage new customers and make dining fun, Bistro Fourchette is offering some unique twists, with something special nearly each night of the week. Tuesday is half-price on wine and Wednesday night is Build Your Own Burger, where you pair your burger with an international cheese and beer.

For example, if you want a French burger, you would choose a French cheese such as Camembert and wash it down with a French beer. Or if you’re more in the mood for Mexican, you’d have Mexican cheese with your burger and a Mexican beer. Thursday night is ladies night, where ladies get two for one drinks, and four French desserts (profiterole) are served to each table with four ladies.

Speaking of desserts, they are all made on-site and include Tahitian Vanilla crème brûlée, parfait citron Valrhona mousse au chocolat and more.

Adult beverages: Wine and beer only