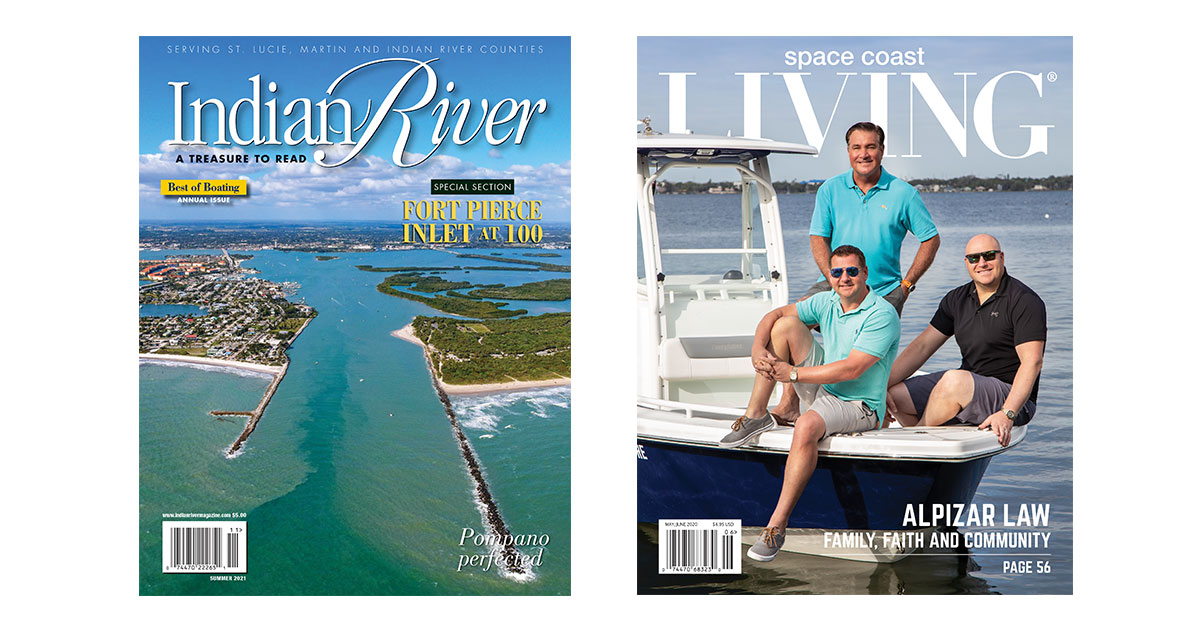 Before 1905, St. Lucie County and what is now Indian River County, and much of Martin County were part of Brevard County, which was named after the early settler Theodorus W. Brevard.

At the turn of the century, Brevard ran more than the length of the 126-mile Indian River, which stretches from just above Brevard at the Ponce Inlet in the north to the St. Lucie Inlet in the south. In the early days, people reached this part of Florida on foot or by boat. By 1877, commercial steamships were ferrying passengers up and down the shallow Indian River, increasing access to Fort Pierce, a former Seminole War fort, and places that later became Vero Beach and Stuart.

When the railroad arrived in northern Brevard County in 1886, boom times hit. Some newcomers, like my great-great-grandparents, Stephen and Maria Gladwin, who arrived in 1891, settled in Titusville, the railroad terminus town. Those heading farther south could simply take the railroad to Titusville, walk a few feet along the nearby docks and catch a steamer scheduled to depart soon after a train’s arrival.

Southerly settlements began to grow as the railroad extended down the coast, reaching Melbourne, Fort Pierce and West Palm Beach by 1894. With the railroad’s arrival, each community began to grow exponentially and demanded its own political representation. By 1905, St. Lucie County was formed, encompassing what is today Indian River, St. Lucie and much of Martin counties. Subsequently, Martin and Indian River counties were formed, splitting from St. Lucie County in 1925.

I share this history to illustrate how intertwined early communities along the Indian River were in the days of the early European settlers. As a student of history and a devotee of the Indian River Lagoon, I’m happy to announce that our company, founded in Fort Pierce in 2006 with a single title, Indian River Magazine, will begin publishing Melbourne-based Space Coast Living magazine in June. Today our company, now known as the Indian River Media Group, publishes magazines and custom periodicals up and down the Indian River, serving readers from Jupiter to Titusville and beyond, an area that covers some 40 percent of Florida’s east coast.

You can rest assured that content in both Indian River and Space Coast Living will include stories, both historical and modern-day, about life on North America’s most diverse estuary. In many ways, as we prepare to mark our 15th anniversary, this issue is an homage to our beloved Indian River. These stories include the history and celebration of the 100th anniversary of the opening of the Fort Pierce Inlet, which brought large-vessel commerce to our area, the $7 million expansion of the Florida Oceanographic Coastal Center in Stuart, which provides both research and education on the Indian River, to our new cooking column by Summerlin fishing family descendant Danielle Rose.

We take seriously our obligation to the bountiful Indian River around which much of our local commerce and our own success is based. We hope you enjoy this issue.