Menu features melting pot of influences from around the Mediterranean

One of Fernando Dovale’s favorite things to do, outside of cooking at his restaurant, Fernando’s Dockside Grille, is to return to his native Portugal and visit small villages, trying their local foods and then creating his own recipes from the amalgamation of those trips.

When he was growing up, Dovale recalls being around seafood and fisheries. In Figueira da Foz, a coastal town in Portugal, Dovale was introduced to the art of salted cod, various types of shellfish and how to carefully choose the freshest seafood.

“I started working at the age of 14 for the Grand Hotel [now the Mercure Figueira da Foz] at the front desk,” Dovale says. “I worked different positions through the years, and I learned a lot there.”

Dovale enjoyed cooking for friends and while he was educated at the hotel’s culinary institute, he is mostly self-taught. After moving to the United States in 1984 at the age of 23, he started out his culinary career as a maître de, bartender and then a dining room manager.

As his culinary career continued to develop, he owned or was head chef at restaurants in North Carolina, New York, Florida and Massachusetts. At one point, Dovale worked on a merchant ship in the Gulf of Mexico as the head chef and says he enjoyed adding that experience to his repertoire.

“I opened the original Fernando’s in New Bedford, Massachusetts,” he explains. “I lived there for some time and served Portuguese and Mediterranean cuisine. I wanted to move down to Florida and knew there was a small Portuguese community in Port St. Lucie.”

In 2013, Dovale moved to Florida with his wife and four children. They settled in and he quickly opened Fernando’s Dockside Grille. Residents were very supportive and quite welcoming of his seemingly quiet entrance to town.

“I did not advertise the restaurant for a long time,” Dovale says. “My customers knew about it by word-of-mouth. Portuguese friends would come to eat, enjoy their meal then tell some of their American friends and repeat. That’s how it is, and it’s been good for the restaurant.”

Since much of Portugal’s population resides in coastal cities such as Lisbon and Porto, seafood is quite popular and a large part of the culture. At Fernando’s Dockside, Chef Dovale has made it quite apparent that he has perfected the art of Portuguese and Mediterranean cooking.

Fernando’s overlooks part of the St. Lucie River, adjacent to the Riverwalk. The setting is inviting and homey with its natural, terracotta-clay color palette that is often seen in Portuguese and Spanish ceramics. The walls are donned with vintage wine jugs and shelves are lined with colorful rooster figures.

After being seated, guests are given fresh, warm bread with butter and a small dish of marinated olives; customary in many parts of Portugal.

HOT BEGINNINGS
Patrons can start their dinner off with a Chourico Flambe [flame-grilled sausage]. The chourico is placed on an Assador de Barro, a traditional handmade clay dish. Aguardiente, which is a strong Portuguese wine, is poured below the grates and lit on fire. The flames put on quite a show for diners and help to create a perfectly crisp, blackened quality to the chourico. Not only is it a unique experience, but the sausage is savory and delightful to eat.

If you’re into seafood as a starter, the Petinga Frita [fried baby sardines] is a great way to go. Dovale lightly coats and pan-fries baby sardines with garlic, olive oil, bay leaf and vinegar. The appetizer is served with fresh olives, roasted peppers and arugula.

Dovale changes the menu with the seasons and to accommodate what his local vendor, New England Fish Market, has to offer. When available, the Seabass Agua Pazza is popular and is always highly praised. The fish is pan-seared in garlic, olive oil and a white wine sauce along with roma tomatoes, Vidalia onions, fresh basil and saffron.

One of the more exotic offerings on the ever-evolving menu is the Polvo Lagareiro [grilled octopus]. It is served with baked, lightly smashed potatoes, roasted red peppers, a mix of olives and garlic then drizzled with the richest extra virgin Portuguese olive oil. Octopus can be a difficult seafood to cook correctly as it can come out rubbery and chewy quite fast. But his kitchen serves it beautifully; juicy, savory and tender with each and every bite.

MENU REFLECTS TRAVELS
Dovale says he is inspired by small towns of Portugal and the Mediterranean, which explains why his menu is so vibrant and diverse.

“The menu changes from time to time,” he says. “I keep some of the more popular items, but may change the flavors a bit, depending on the season. I create and test out new dishes — the plates I offer may have come from an idea or something I tasted, but they are all my own recipes.”

One of the more traditionally Portuguese dishes offered at Fernando’s is the Bacalhau a Lagareiro [grilled salted cod]. Dovale soaks the cod overnight or for several days with sea salt to infuse the saltwater into the cod. Bacalhau [salted cod] is a staple in many Mediterranean homes and is rumored to be Portugal’s national dish.

As is popular in many Portuguese dishes, the cod is served with the smashed potatoes, roasted red peppers, onions, olives, garlic and, of course, extra-virgin Portuguese olive oil.

While there are some menu offerings that are more traditionally Portuguese, Dovale makes sure to offer a variety of Mediterranean dishes.

“I want everyone to be able to come in and choose something off our menu,” Dovale says. “While I am Portuguese, I also love many types of food. I try to add an Italian, Greek or Spanish touch to some of my recipes. Besides seafood, we have veal, chicken, pork and steak.”

The Steak Portuguese is a hearty dish of a flawlessly pan-fried Black Angus New York sirloin. It is topped with a slice of Portuguese prosciutto, a fried egg and a tantalizing garlic and beer sauce. The steak is served with a side of house-made, thinly sliced and very lightly fried potatoes.

Fernando’s Dockside Grille will be celebrating seven years in business this April. It is ranked as the No. 1 restaurant in Port St. Lucie on Tripadvisor, has been awarded certificates of excellence from 2016 to 2019. And it was recently awarded a Traveler’s Choice award for 2020.

With the pandemic, he has shortened hours and is closed two days a week. They are taking it one day at a time. Fernando’s has a very loyal clientele, so while he has seen a decrease in patrons, it has not been too bad. He is staying positive and hopeful.

“I really enjoy what I do, and I am proud that we are one of the area’s few, truly family-owned restaurants,” Dovale says. “You don’t see a lot of those around anymore. I have my few staff members that are my right hand, reliable and loyal.”

Fernando’s has most certainly cemented a place in the local food industry and paved the way for a more culturally diverse Port St. Lucie. 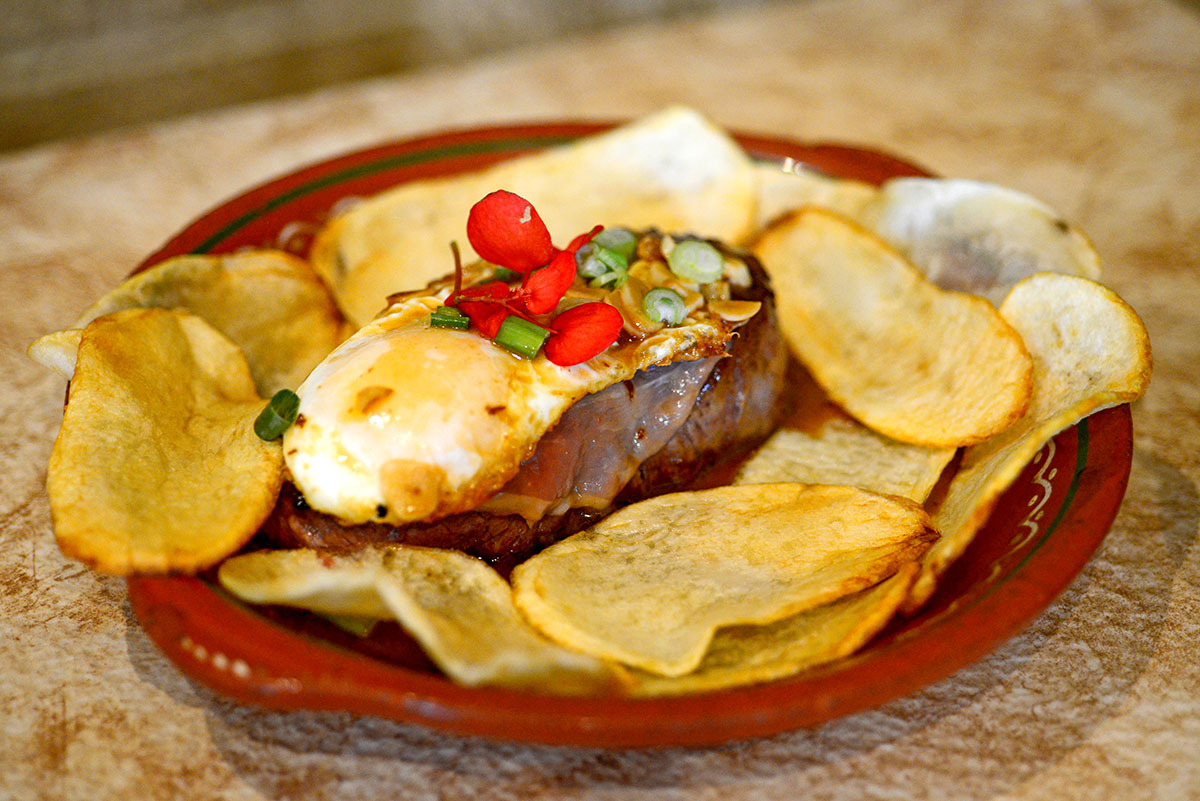