Those were anxious days in the summer of 1978. The St. Lucie County School District was opening a new high school on the west side of Fort Pierce and students were waiting for their assignment notifications to arrive in the mail.

The reassignments involved all grades, but for the seniors who were anticipating their last year of high school and its pending memories, the stakes were even higher. Once students were assigned, lifelong friends, teammates and even young sweethearts would be separated.

Yet despite the separations, the bonds of friendship couldn’t be broken. And when it came time for their first reunion, they celebrated together as the Fort Pierce Central and Westwood High Schools Class of 1979 Association.

“The Class of ’79 has always been together,” says Octavia Clark Little, a graduate of Central and the current president of the reunion association. “We had been together for 11 years and then were split in our senior year.”

In the 1970s, the school board was having a difficult time finding room for students as more families were moving into Port St. Lucie and other parts of the county. Elementary schools were being built for the influx. Then, with the elementary schools stopping at fifth grade, St. Lucie Junior High School and Dan McCarty Middle School, separated by a small field, were designated for all of the county’s sixth- and seventh-graders. The students were separated alphabetically. 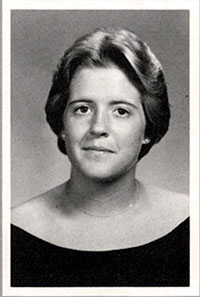 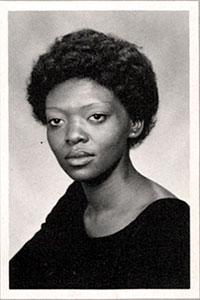 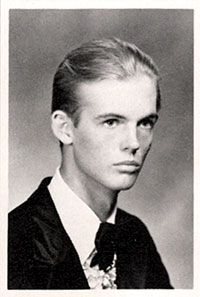 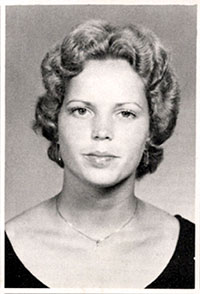 After graduation, the Class of 1979 vowed to meet for joint reunions. Assisting with leadership over the years were, from left: Sharon Andric, Octavia Clark, Larry Hollett and Peggy Summerlin. The association organized a scholarship fund for Central and Westwood graduates.

Peggy Summerlin Allen, a ’79 Westwood graduate, remembers the split sessions during her freshman year at Central.

“I was in the afternoon sessions, and it was dark some days when we got out of school and got off the bus.”

The school officials began plans for a new high school off Angle Road, in what was then the western part of the county’s residential area. Then came the decisions about who would go where.

School attendance zones were not clear-cut lines that followed the city’s north-south roadways. Instead, the demarcation line snaked its way around the city. In the years following the 1978-79 school year, the dividing line seemed to change.

One of the first memorable events for students occurred Oct. 20, 1978, when the schools’ football teams met to play the first game of what would become an annual crosstown rivalry. It was a big night in Fort Pierce. Thousands of fans crowded into Lawnwood Stadium to watch Central trounce Westwood 42-0.

An essay in the 1979 Fort Pierce Central yearbook captured the sentiments of the night:

“Moving ahead to when football season began sparks many emotions. This season we played many games, yet there is one in particular we will always remember. And that was the night of October 20, when millions [sic] of people filled the stadium and for the first time ever, Cobra fans sat on the visitors side. Yes, the night friends of yesterday became enemies of today while the Cobras defeated the Panthers. This game was the highlight of our football season.”

Other senior events like the prom, Grad Night at Disney World and graduation were held separately. Snuggling with your sweetheart or chattering with your best friend could not happen if you were at different schools.

“As you can imagine the personal separations seemed traumatic at the time,” says Larry Hollett, a retired Air Force colonel, “and included the full range of high school activities. When you spend your entire teenage years with a group of friends, then see half disappear in senior year, it is tough. Just in my case, I lost a girlfriend, a best friend and an entire sports team. This last point [sports] is particularly instructive.

“I was a multisport letterman in high school and had wrestled since ninth grade,” Hollett explains. “FP Central won conference and district in 1976-77 and sent a number of wrestlers to the Florida State Championship. The 1977-78 season was also successful. We were favored to take the conference in my senior year but the split took the majority of seasoned wrestlers to Westwood. We went from contenders to rebuilding. When they moved wrestling to the spring semester, I didn’t wrestle. … Most of the sports teams suffered a similar fate.”

“It was probably even more traumatic for those assigned to Westwood,” he adds, “because those students had to deal with a new campus, new clubs, sports and programs and had severed daily interactions.”

But that separation ended when graduates from both schools formed a joint reunion committee. Reunions have been held every five years. A large group gathered in 2019 for the 40th reunion, a four-day affair that culminated in a cookout and picnic at Museum Pointe Park on South Hutchinson Island.

“I am just glad that it came together,” Octavia Clark Little says of the recently formed scholarship committee that collected funds from the Class of 1979 and awarded five scholarships. “Every little bit helps when you are going to college. Even with the COVID pandemic, we were still able to help these students.”

Hollett, an Air Force Academy graduate, says that there are many successful alumni from Central and Westwood and that he wanted to tap into their successes and provide an avenue to help the graduates from both schools. The association raised enough money strictly from alumni donors to award five 2020 scholarships.

“With the attainment of nonprofit status [in 2019], our efforts to provide scholarships to select graduates of each school are unprecedented and reflective of our desire to help future graduates of our alma maters,” Hollett adds.

Applicants have to have at least a 3.0 GPA and provide an essay on what they needed to overcome to finish high school. The scholarship committee also considers test scores and financial need in selecting its recipients.

Fort Pierce Central grad Rolvens Jean-Baptiste, who received a $1,000 scholarship, is at Florida State University majoring in accounting. He completed a number of college classes at Indian River State College prior to his high school graduation through participation in the dual enrollment program.

“We always thought we should give back to our community,” says Sharon Andric Norton, a Central grad and member of the scholarship committee. “We wanted to help students get their degrees and hoped they would come back to the area to work.”