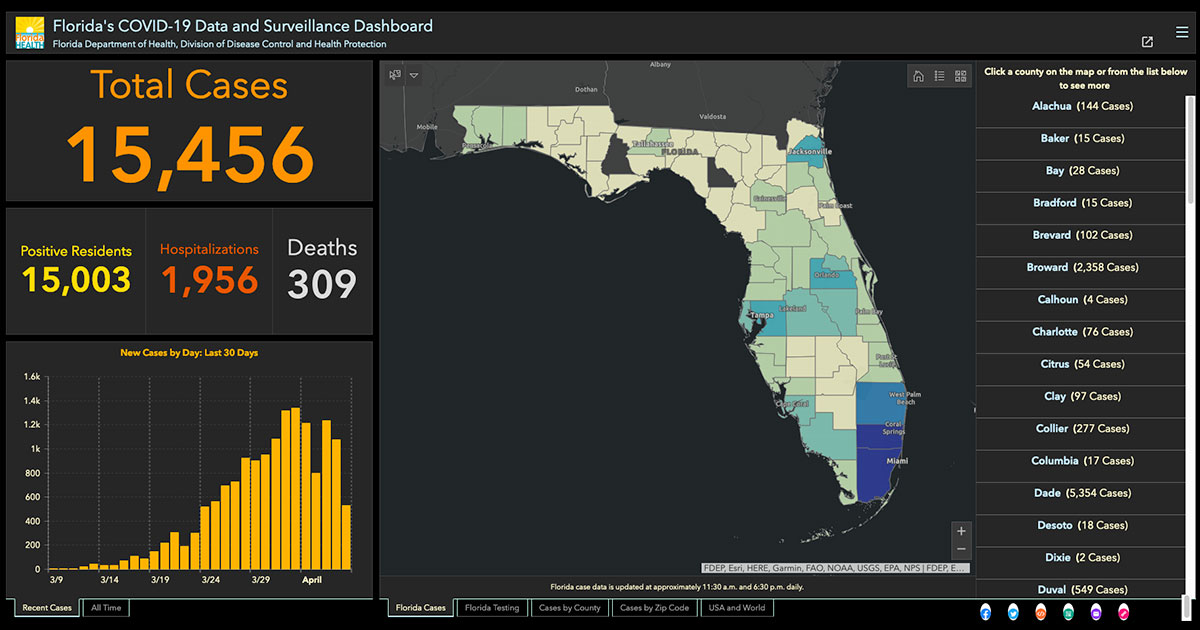 After a four-day run of an additional 30 or more cases of coronavirus per day, the number of new cases on Treasure Coast fell to 16, according to the daytime report released by the Florida Department of Health.

Because reporting methods for hospitals, health care providers and county health departments vary, it can’t be determined whether today’s report is a trend, and health officials emphasize that repeated declines over time can only determine that. Today’s comparison is based on daytime reports from the Department of Health, which also releases nightly reports.

Today’s report and the daytime comparisons showed that statewide increases dropped by less than 1,000 cases for the first time in six days. The state today reported an additional 952 cases to 15,456 total cases. The state first began reporting 1,000-plus increases in its daytime reports on April 2.