With just about 90 members as of 2020, the Port St. Lucie Orchid Society comprises many like-minded orchid lovers. The group was formed in 1982 by a small group of orchid enthusiasts who wanted to learn more about the flowering plants. The intention was to teach and learn from one another about orchid care, maintenance and growing practices.

“The society was incorporated (in) 1996, as a (non-profit) corporation and contributes regularly to the community,’’ said Dana DeMarco, president of the society. “Since that time, the society has become a positive, active organization dedicated to education, good growing practices and camaraderie in our local orchid community.”

As the society has grown, so has the number of active roles. The PSL Orchid Society has a group of officers as well as chairpersons and many dedicated volunteers for various events, meetings and other responsibilities. There is even someone in charge of the ‘homeless orchids’ or orchids in need of new homes.

“We have a wonderful group of people in the society, many of us have been involved for years,” trustee and member Jessica Benford said. “Our monthly meetings are very informative and fun for everyone.”

The society meets on the second Tuesday of each month (except in July and August) at 1 p.m. at the Port Saint Lucie Botanical Gardens in the pavilion building. Every meeting features a speaker, a workshop and a post-lunch class. In January, the speaker was Judith Bailey, master gardener and accredited American Orchid Society judge from West Palm Beach. She spoke on the qualities of creating an appealing orchid exhibit for shows.

“Orchids are a very diverse plant,’’ said Bailey. “They can enhance a special occasion in a simple or vibrant way.”

Orchids are known to be the largest family of flowering plants and one of the oldest flowers in existence. They have the tiniest seed in the world, which makes them a challenge to grow. The plant’s first flowers won’t appear until at least 5 to 7 years after germination, and some orchid flowers bloom for mere hours while others may last up to half a year.

At the PSL Orchid Society’s monthly meetings, an area is set up for plant exchanges and homeless orchids. Tables are lined with different breeds of orchids, many labeled or with a picture of the “mother” plant in bloom.

Besides their meetings, the group often takes bus trips around the state to visit various botanical gardens and orchid shows. These trips serve as great opportunities to bond with fellow members and learn more about growing practices in other parts of the state. The society is also friendly with other orchid societies around Florida such as the neighboring Fort Pierce Orchid Society and the Vero Beach Orchid Society.

“The trips are always very fun and allow members to get to know each other better while having a good time,” Jamie Lawson, member, certified trade show marketer and orchid breeder, said. “There are people from all over the world who attend the Tamiami Orchid Festival. It’s a huge one.”

Lawson has been a society member for 15 years and has been working on orchid hybridization for more than 30 years. He has a contract grower in Hawaii to whom he sends plants and seeds for growing.

“Next to Florida’s, Hawaii’s weather is the most consistent and has very pure rain,” Lawson said. “They have the proper temperatures and sunlight for growing orchids well.”

Members can also learn about dividing and repotting, fertilizing, watering and using insecticides and fungicides that are right for each orchid. Before cold snaps, there is always much discussion about orchid handling and what to do during those tough times. The monthly newsletter is always an excellent resource for members and goes over upcoming events, seasonal tips, meetings and member recognition.

For the month of February, members were provided average temperatures, encouraged to begin treating for mites and given a tip on how morning dew and fog can lead to Botrytis, gray mold.

Funds for the society come from annual member dues of $20 and their yearly American Orchid Society-sanctioned orchid show at the Port St. Lucie Botanical Gardens.

Members volunteer and maintain an outdoor “Orchid Room” at the PSL Botanical Gardens. It is a 10-year project that exhibits hundreds of orchids growing in the trees and on the ground in pots.

“It is our way to increase knowledge and appreciation of orchids in our community,” DeMarco said. “Some of the orchids featured in the Orchid Room have been donated or loaned out by members.”

John Erickson, a society member, became interested in orchid growing upon his retirement in 2011. He attended an orchid show and was blown away by the number of beautiful orchids.

“After that show, I bought two orchids and placed them on a stand in my front-door entrance,” Erickson said. “It only took three days for them to turn brown and sunburnt. I knew I needed help and so I found the PSL Orchid Society.”

As a member, Erickson has become heavily involved with society classes, workshops and trips. He is now an invaluable resource to the group on orchid growing and maintenance and, along with Benford, helps lead the effort in upkeep of the Orchid Room at the botanical gardens.

Mostly, members of this diverse group like to have fun and enjoy each other’s company all while learning and teaching one another about this popular houseplant. 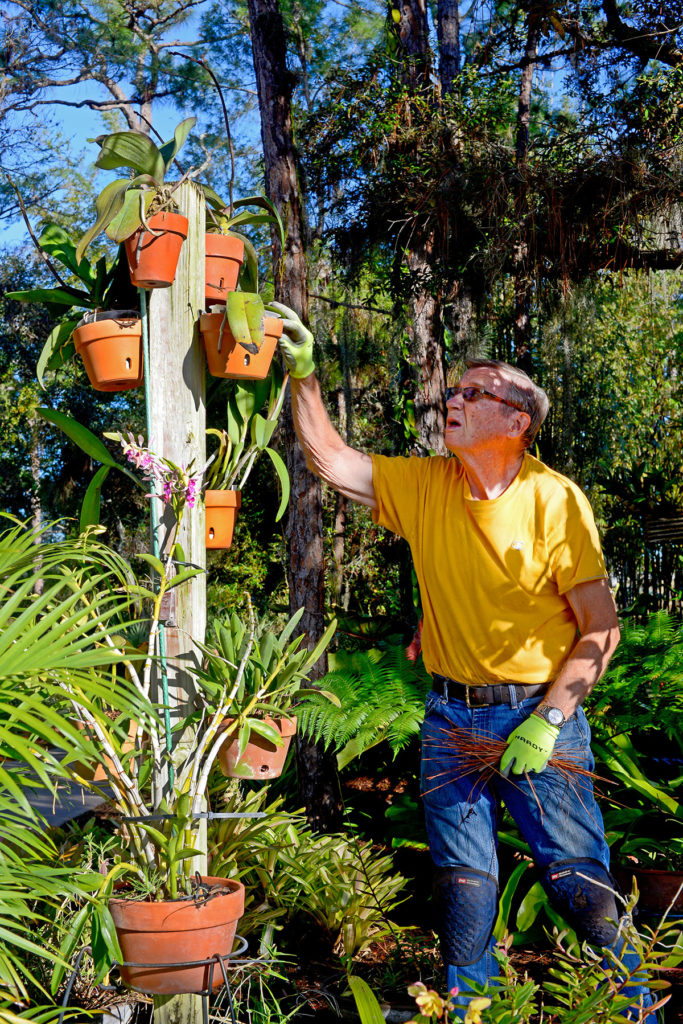 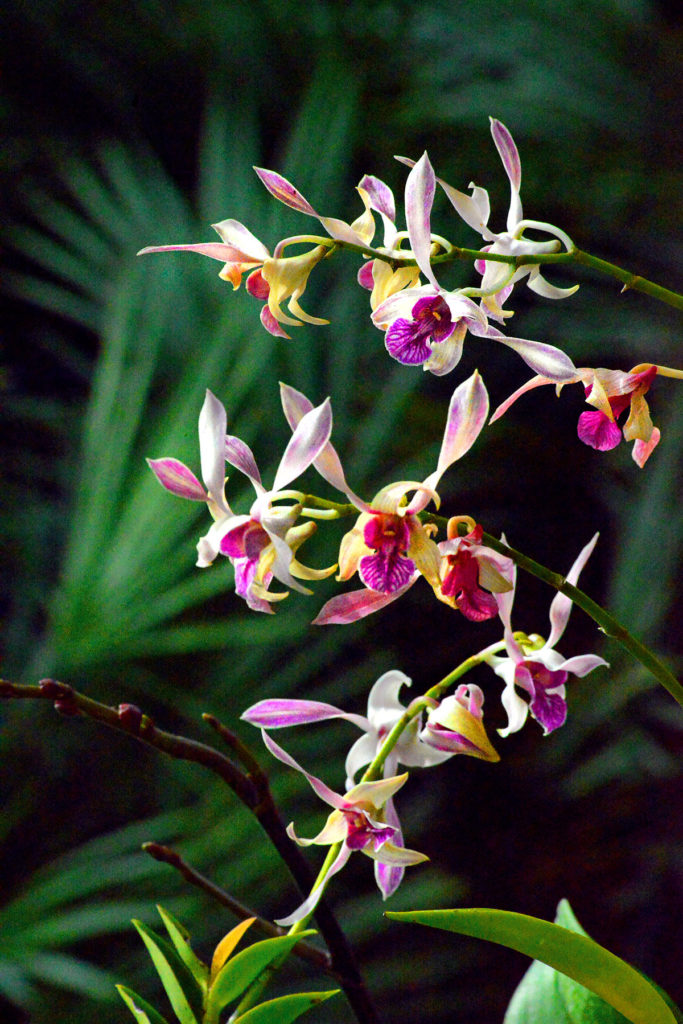 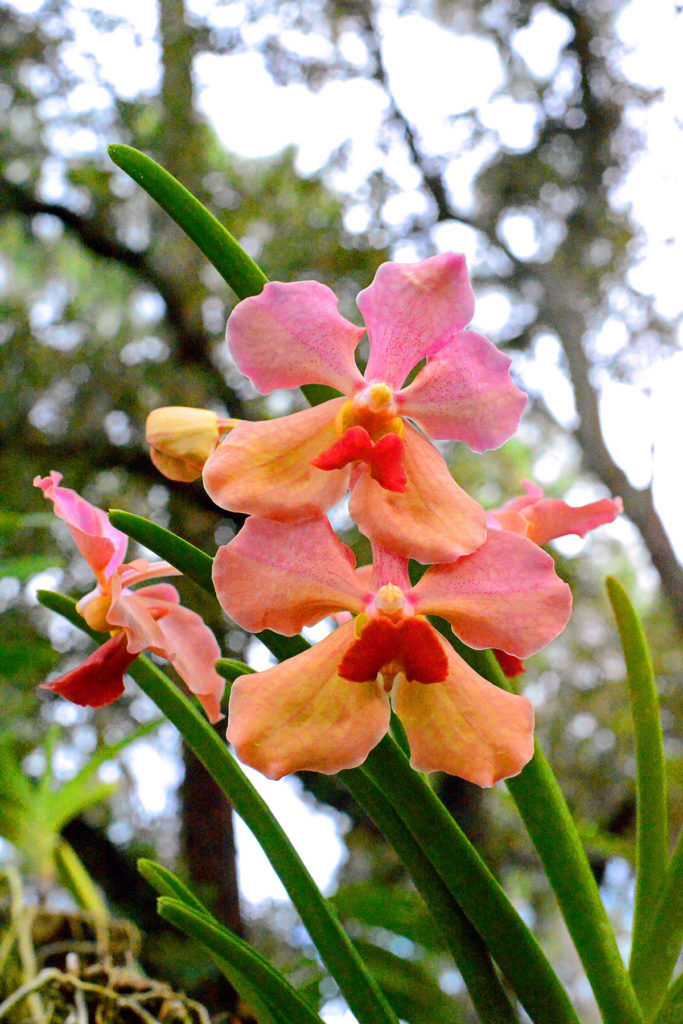 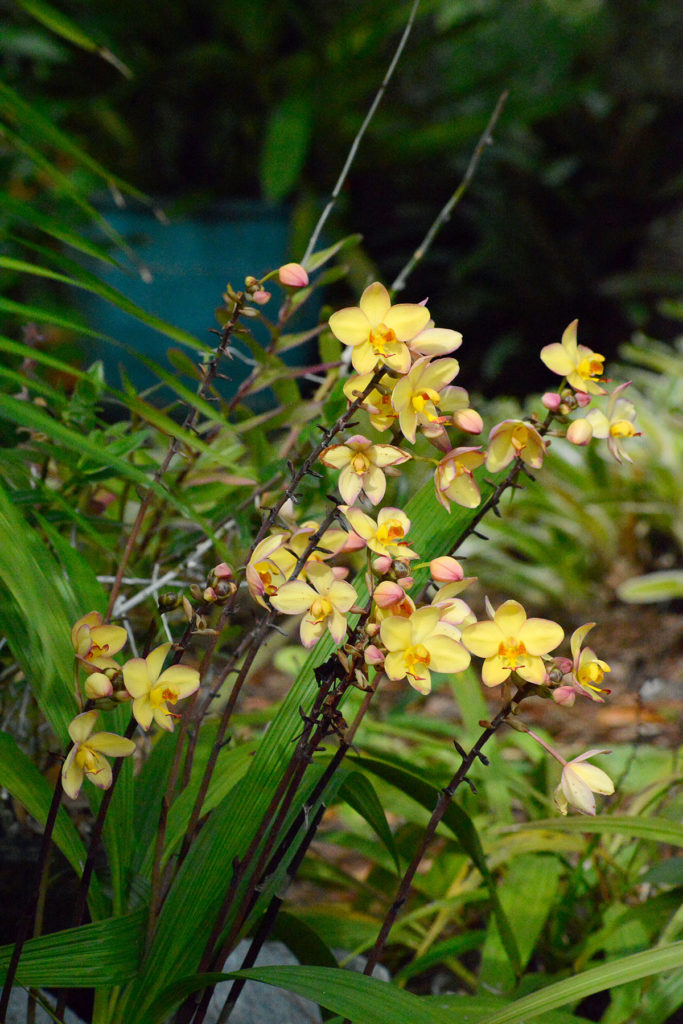 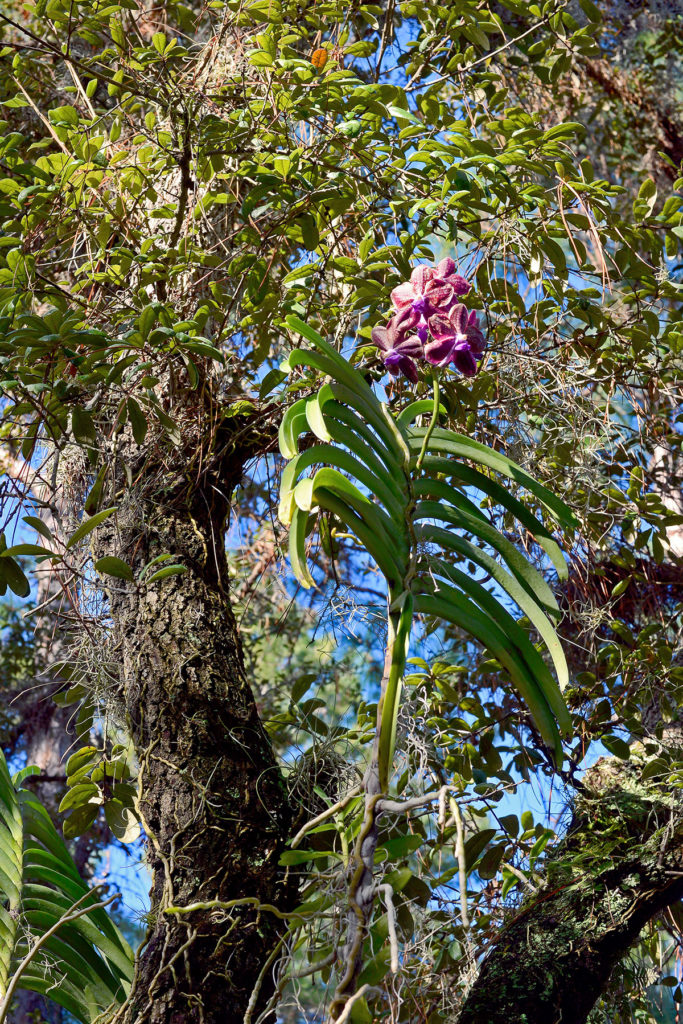