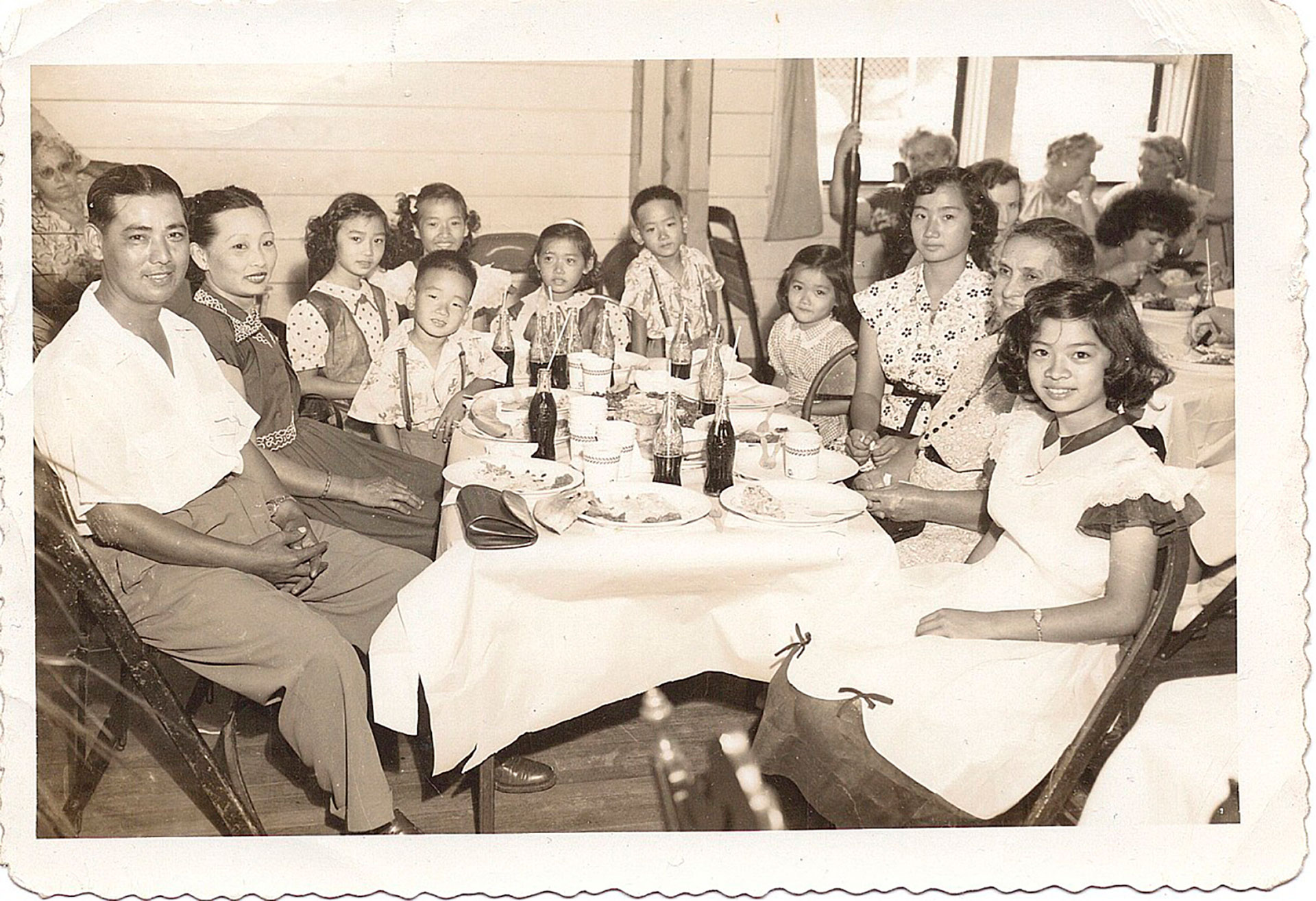 A warm climate, fertile soil and the possibility of year-long farming led a young New Jersey farmer and family man to St. Lucie County back in the 1940s. The family business of growing vegetables to sell in the New York City markets prospered after Moon Lueg and his wife, Ella May, moved to Fort Pierce with their eight children. They purchased acres of rich farmland and also a large piece of property that extended from U.S. 1 to Old Dixie Highway north of Fort Pierce. A historic old plantation-style mansion on Old Dixie Highway soon housed the Luegs.

The new family joined the parishioners at St. Anastasia Catholic Church, and Moon Lueg became a good friend to the Rev. Michael Beerhalter, pastor of the church and director of St. Anastasia Catholic School, where the Lueg children studied. They included Audrey, Ida, Irene, Lana, Lena, Oakley, Marie and Raymond.

“Monsignor Beerhalter would come to our place in New Jersey,” Raymond, the youngest son, remembers, “and we would take him to the port so he could go to visit family in Germany.

“He would come to our home for Sunday dinner when we were down here.”

The Luegs owned a large farm of about 200 acres near Englishtown, N.J., where vegetables were grown and sold in their market in New York City. These vegetables were destined to be served in Chinese restaurants in the New York area. Yet, the growing season was short, which is what drew Moon Lueg to Florida.

It wasn’t until the late 1950s that the Luegs built their first Florida restaurant, Moon Garden, on North U.S. 1 next to the present-day Hillcrest Memorial Gardens. It was new to Fort Pierce and the elegantly-designed restaurant offered Chinese and American cuisine, providing an introduction to new dishes and food preparation for the area. It quickly became one of the places where young men took their prom dates for dinner and where families went for a “nice dinner out.” The building, which has since been razed, had a red-brick façade and was beautifully decorated. Moon Lueg constructed a fountain near the entrance, and he put in a rock garden with a replica of a Chinese village, complete with china figurines, according to Raymond.

ART AND DESIGN
Daughter Irene came home on a visit from college and painted beautiful murals on the wall in the restaurant’s bar and in the banquet room. Another mural on the wall of the dining room was painted by “a local artist.” The children do not know who painted it.

Some stories said Fort Pierce’s most famous artist, A.E. “Beanie” Backus, was asked to paint the mural, but there seems to be no substantiation for this version of the story. And, sadly, the mural and all the other beautiful accoutrements of Moon Garden, including a large porcelain sign that graced the outside, are now gone. The restaurant and the large home on the hill behind it were razed some years ago.

Then, about 50 years later, we had to knock it down.” He adds that they also knocked down the three-story home that was built long ago on the one-time pineapple plantation.

Moon Lueg was the chef in the kitchen of Moon Garden, fixing the Cantonese dishes and the American foods, utilizing the vegetables grown at the family’s farms. Born in Spring Valley, California, Moon was educated in Canton, China, and although he was adept at cooking dishes from other areas of China, he is said to have preferred the Cantonese cuisine.

In a 1974 interview with Florida Today, he talked about his youth and his venture into the farming and restaurant businesses.

“I was 14 years old when I realized no one was going to look after me,” he is quoted as saying. “Within a few days I had a job in a restaurant in Long Island. Not long after that I went to work for my cousin who owned a very big restaurant called ‘Lee’s Palace’ in Hempstead, N.Y.

“My first farming was learned in a greenhouse. I ran one for a year while I was still in New York. Then, when I came to Florida, I bought 120 acres in Fort Pierce.”

Raymond says he worked on the farms, in the groves and at the restaurant while he was attending school at St. Anastasia. “I worked about 60 hours a week on the farms and groves and as a dishwasher and janitor at the Moon Garden.”

Raymond says his father used to come out to the parking lot on his breaks from cooking and look at the license plates on the cars. After discovering that many of the cars were from Brevard County, Moon Lueg talked to his patrons and found that many were working for NASA at Cape Canaveral. They would make the nearly three-hour round trip to his restaurant because there was nothing like it in the Titusville area.

DAUGHTER’S MEMORY
In November 1964, the family suffered a tragedy. Daughter Ida, who had recently married and moved to the New York area with her husband to help manage the family’s small distribution center in New York City, was hit by the side mirror of a pick-up truck while walking on a road near the family’s New Jersey farm and killed. The family presented the Rt. Rev. Msgr. Beerhalter with an ornate carved table and chairs and a large framed portrait of Ida Lueg Song for a special meeting room at the newly-built John Carroll High School.

Around that time, Moon Lueg had decided to move the restaurant business to Titusville, purchasing land on the east side of U.S. 1 and also two parcels, one 50 acres and the other 25 acres, in Brevard County for farming. Once Moon Islander, a Polynesian-style restaurant and lounge, was ready to open, he closed the doors at the Moon Garden.

Moon Lueg, who died in 1984, operated Moon Islander for many years prior to his death. In the article that appeared in Florida Today, ten years before his death, Moon, 66, was working five acres of the land he had purchased in Brevard County in the mid-60s.

Noting that “it is hard to find good labor for the 50 acres,” he worked five acres himself to provide the fresh tomatoes, green peppers, turnips and other vegetables needed for the Moon Islander, according to the article, loading boxes of the vegetables in his car and driving them to the restaurant.

“When not in his garden,” the articles states, “he is at his restaurant, cooking, overseeing the kitchen and bar, greeting guests and, late at night after the doors are locked at midnight, vacuuming and cleaning.”

The Lueg family lost most of the pictures of their life in St. Lucie County and at the Moon Garden over the years. That place of such serenity and beauty is long gone, existing only in the memories of Fort Pierce’s longtime residents.