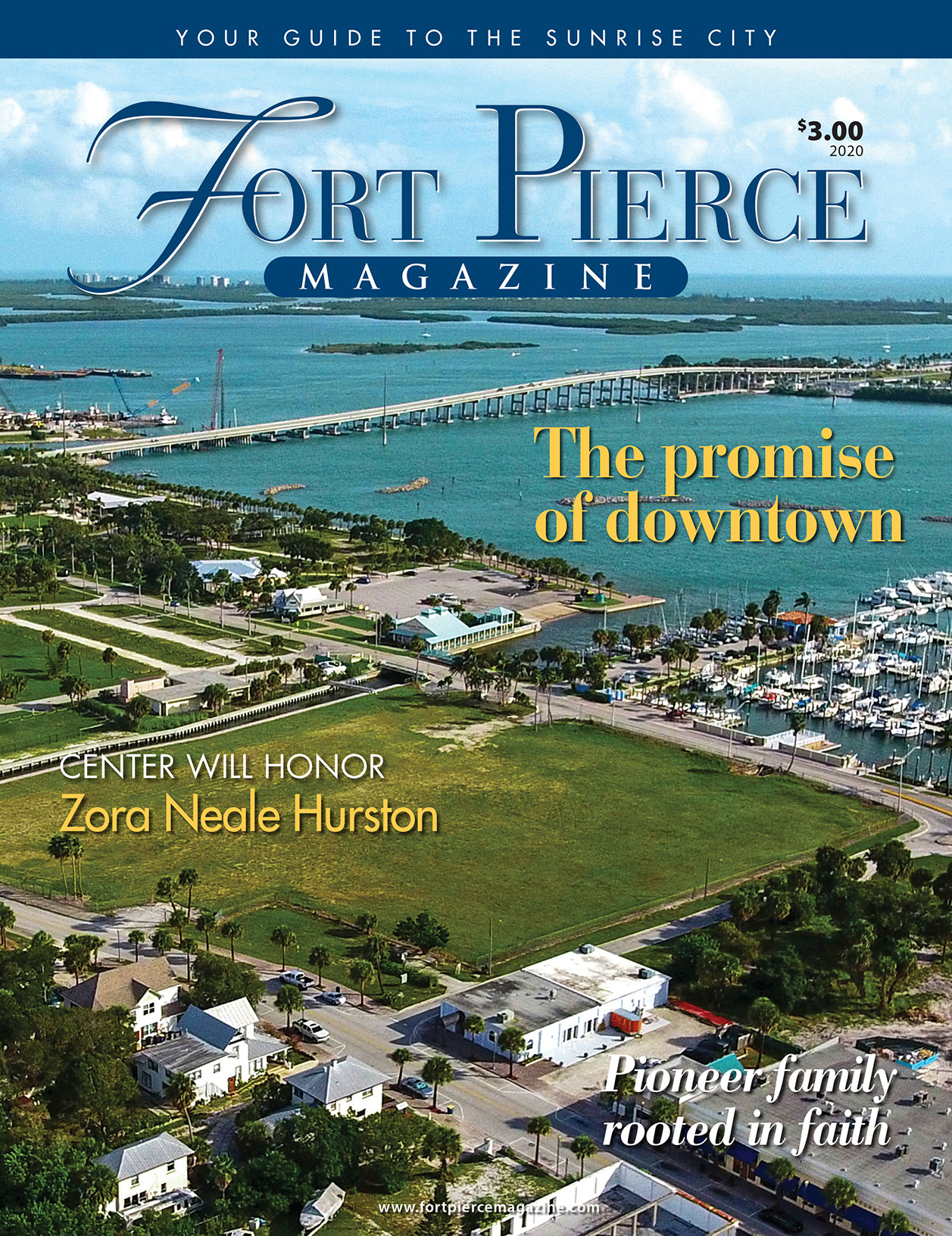 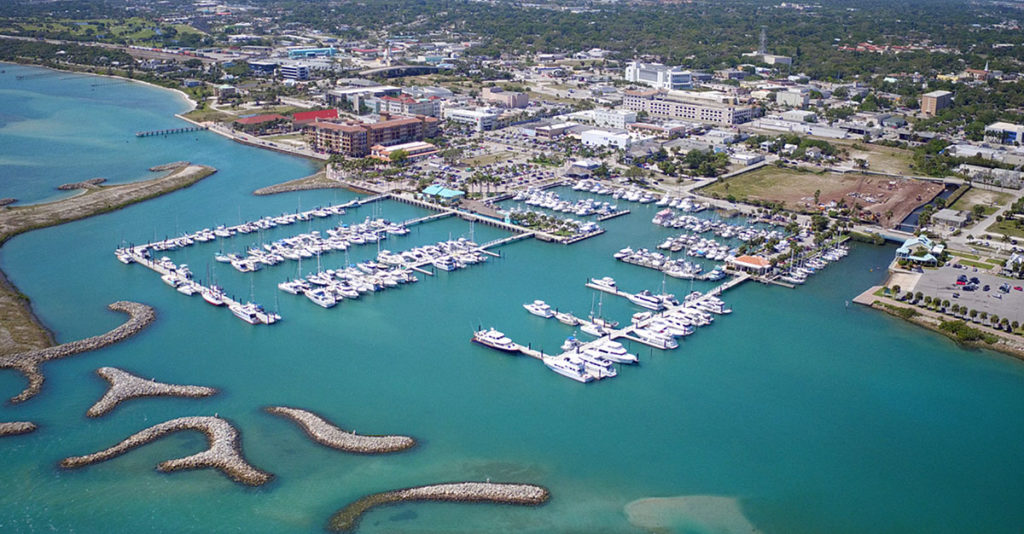 Fort Pierce possesses so many natural assets other cities would die for — expansive public access to the waterfront, the Atlantic Ocean only a short boat ride away. The city has retained its own unique, funky style, it has a rich and celebrated history and a lovingly restored downtown.

And yet, while neighbors to the north and south have expanded and prospered over the past two or three decades, Fort Pierce has too often seemed in the doldrums. Investment in downtown — aside from some city efforts — has been patchy at best.

That may be about to change. A new mixed-use development scheduled to break ground this summer could be “transformational’’ and two new large seafood restaurants, Crabby’s and the Thirsty Turtle, are certain to lure more people to visit downtown. These advances come as the retail base continues to expand, propelled by the arrival nearly two years ago of the Galleria at Pierce Harbor, which included the Rooster in the Garden restaurant and the high-end Braford Steakhouse. 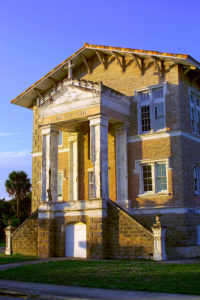 Landmark St. Anastasia building may be school once again

If these walls could talk is an oft-used phrase regarding old buildings and the St. Anastasia School in Fort Pierce is no exception. It has been more than 50 years since the laughter of children and the joy of learning, mixed with the corrections from teachers, were heard in its halls and classrooms.

If the optimistic plans of Cindy Bridges, president and director of Lindsay School of the Arts, come to fruition, these walls once again will be ringing with the joyful sounds of children in its classrooms. In a unique partnership with the City of Fort Pierce, Bridges has signed a 20-year lease, with the possibility of a 10-year extension, permitting her to apply for grant funding and to seek donations for the expected $4 million renovation of the more than 100-year-old structure.

The old school building has seen many years of neglect.

Lindsay School of the Arts was opened in 2017 in Fort Pierce. Bridges and her husband, Dorrian, founded the school, which is named after her lifelong friend, Lindsay Pashkow, who died at age 21 of a brain aneurysm. Bridges, a graduate of Treasure Coast High School, grew up in Port St. Lucie across the street from Lindsay and the two quickly became best friends. 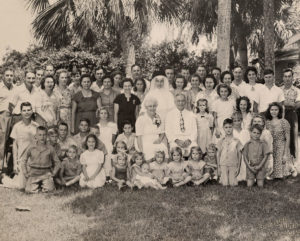 When Edward and Elizabeth Guettler and seven of their children left Minnesota to join sons George Frank and Leo in sunny Fort Pierce, little did anyone in the city know how this one family would grow and reach out to so many residents in so many ways.

If you have your air conditioning serviced, you might be helped by a descendent of Edward and Elizabeth. Likewise, if you need some land cleared, you might call a Guettler. Many of the large buildings around town have been constructed by Jacquin and Sons, also descendants of these two Minnesotans. Buying citrus? You might meet a Guettler. If James Taylor had been elected to the St. Lucie County Commission in 2018, there would have been two descendants of Edward and Elizabeth in the commission chambers as Commissioner Fran Hutchinson is also a Guettler. And so it goes. 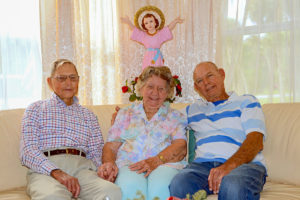 The development of the property began with a chance visit by two young brothers to the sunny shores of Florida, which in turn led to the migration of an extensive German Catholic immigrant family from snowy Minnesota. When George and Leo Guettler traveled from Cologne, Minnesota, to Melbourne, Florida, little did they know that their fates and that of their siblings would be so greatly altered.

When Zora Neale Hurston set off to begin her ethnographic field studies, she was a single black woman. Her extensive travels began in the late 1920s, during a time of racial turmoil and inequality.

“This was a dangerous time for people of color in the heavily segregated South, especially a woman of color, traveling alone,’’ said Marvin Hobson, president of the Zora Neale Hurston Florida Education Foundation and associate professor of English and modern languages at Indian River State College. “Many don’t know this, but Zora always traveled with a loaded hand gun. She had to.”

Hurston started her studies at the historically black Howard University in Washington, D.C., and with a scholarship, transferred to Barnard College of Columbia University. She was the only black student and studied under anthropologist Franz Boa. 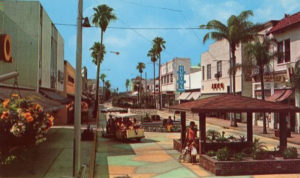 Downtown on the rebound

When I was a child growing up in Fort Pierce, I lived just a few blocks from downtown, and it became a sort of secondary playground when things got dull in the neighborhood. Mostly, I liked to ride my three-speed Schwinn Sting-Ray bicycle to the Fort Pierce newsstand in the old Fort Pierce Hotel building, which had a wide selection of comic books and candy.

At about the age of 11, I got a paper route with the local News-Tribune. With a cloth paper bag slung over my banana seat to hold papers, I pedaled the Sting-Ray — not the most efficient bike for such an endeavor — on a route that began at the old newspaper office on U.S. 1 and took me through the heart of downtown and then to the old homes on Second Street. 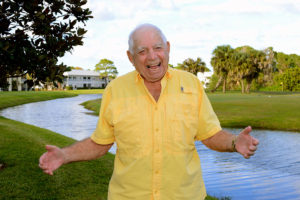 For Gene Hull, it all started back in 1893, when his maternal grandfather came to America from Italy. His grandfather made and played his own mandolins and later made sure his daughter (Hull’s mother) learned to play piano.

Fast forward to the 1930s, when it was almost unheard of to see a female band leader. Marge Hull, Gene’s mother, was a band leader during this era and made her living doing so. Her group was called “Marge Hull & Her Melody Boys,” and Gene attributes a large part of his interest in music to his mother’s career choice. 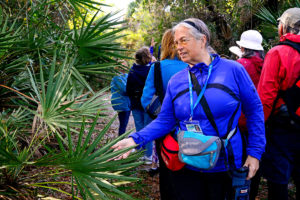 After Susan Hamburger retired from academic life and moved to Fort Pierce a few years ago, she did what she describes as a 180-degree turn, pivoting from her background in English and history to a new avocation as a citizen-scientist who is passionate about protecting the environment.

She serves as president of the St. Lucie chapter of Florida Master Naturalists, volunteers at the Savannas State Preserve, tests water for the presence of microplastics and harmful algae, helps manage hiking and kayaking outings for St. Lucie County’s Environmental Resources Department, and much more. 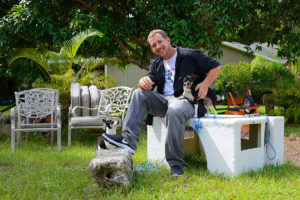 Many people find themselves lounging on the couch after a long workday, but then there’s boatbuilder Jeff Warner, who spends his free time building guitars and ukuleles. A “mad scientist” of sorts, Warner was always taking toys apart and tinkering with things from a very young age. His father fostered his interest in mechanics and restoration.

“I remember one Christmas, at about 9 years old, there was a present with a bunch of oil on the bottom of it and I was all excited. I didn’t know what it was, but I thought it was a motor,” Warner recalls. “My dad got me a mini-bike to fix up and get running. I was so excited because I loved learning how machines and other things worked.”

One of Warner’s first memories was his desire to become a rock star and play guitar. His parents supported that dream, and Warner said he tried, but it didn’t work out. He preferred taking apart computers or building train sets.