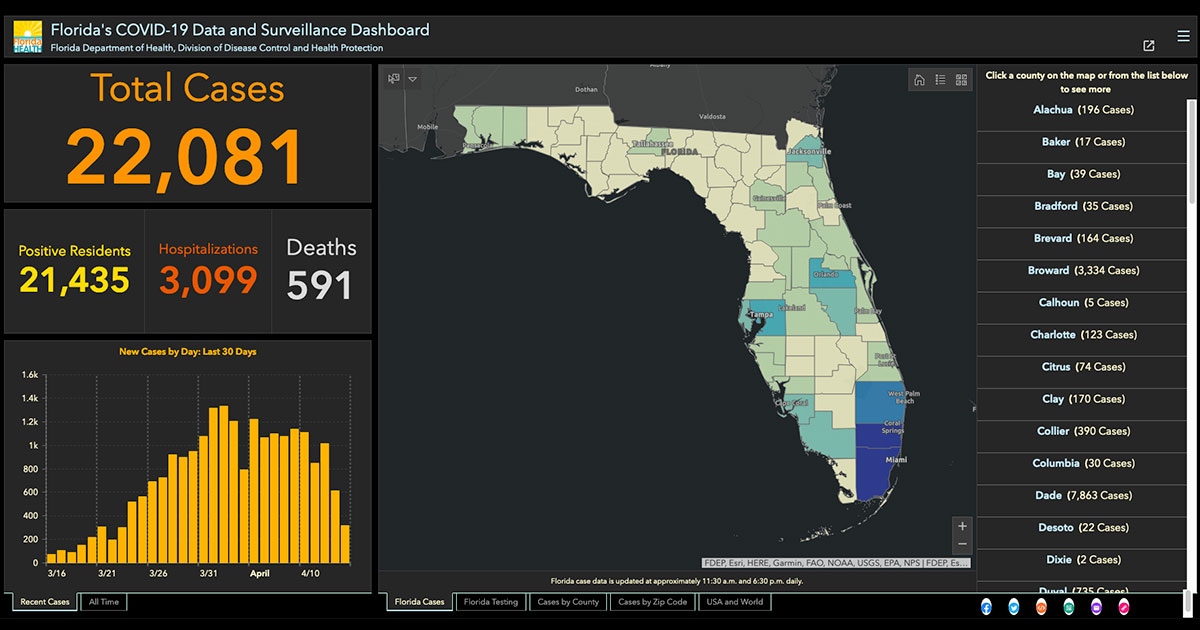 While the Treasure Coast continued its slow increase in cases, statistics released today showed record one-day increases statewide in deaths and the third-highest increase in hospitalizations.