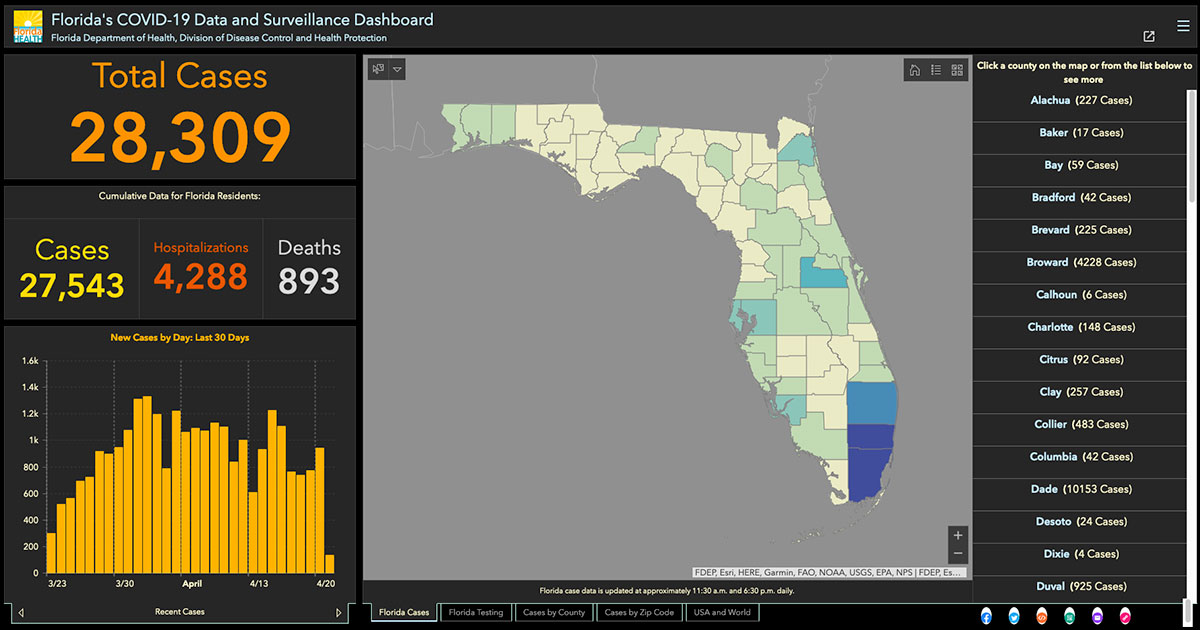 The increase in coronavirus cases stayed in the single digits for the third day in a row on the Treasure Coast, according to the Florida Department of Health statistics released this morning.

Treasure Coast cases increased by six from yesterday. The previous daily increases had been four on Tuesday and five on Monday. The last three day increase in single digits for the Treasure Coast had not occurred since March 26.

Despite the slowdown in cases, St. Lucie reported another death, a 93-year-old woman. In all, 16 people have died in St. Lucie County while Martin County and Indian River County have each had four deaths.