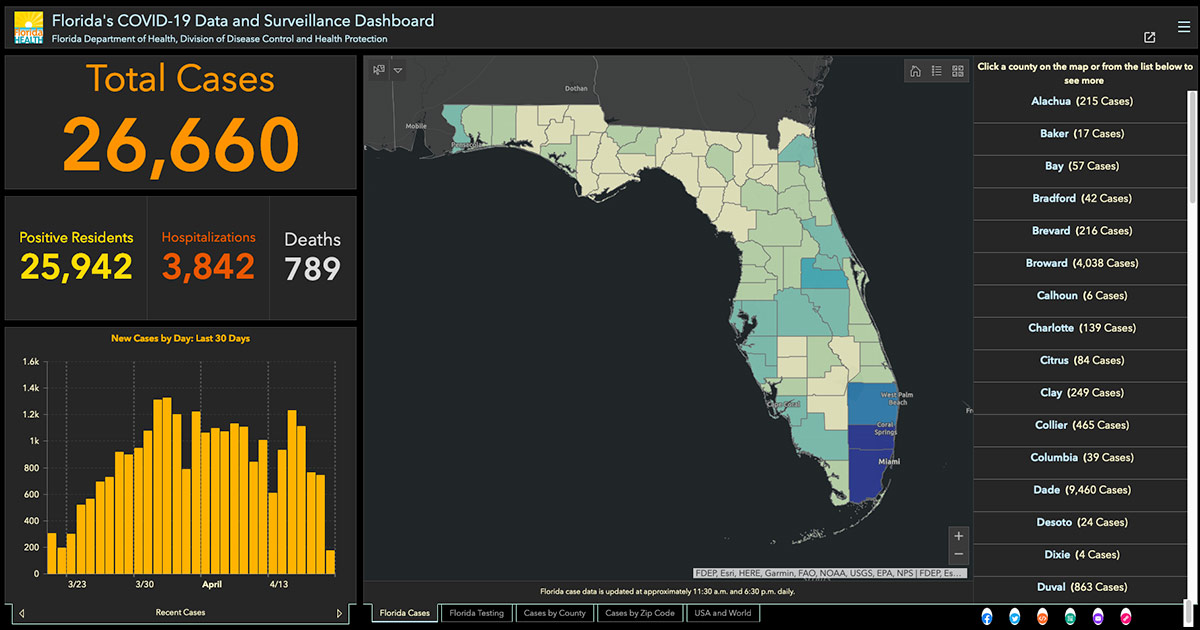 Although COVID-19 cases continue to decline on the Treasure Coast, an additional eight deaths in the region were reported over the weekend.

In all, 15 people have died in St. Lucie County and four each in Martin and Indian River counties. The average age of the people who have died on the Treasure Coast from coronavirus is 79.

Florida reported an additional 664 cases, for a total of 26,660 cases. So far, 789 people have died in Florida from coronavirus.