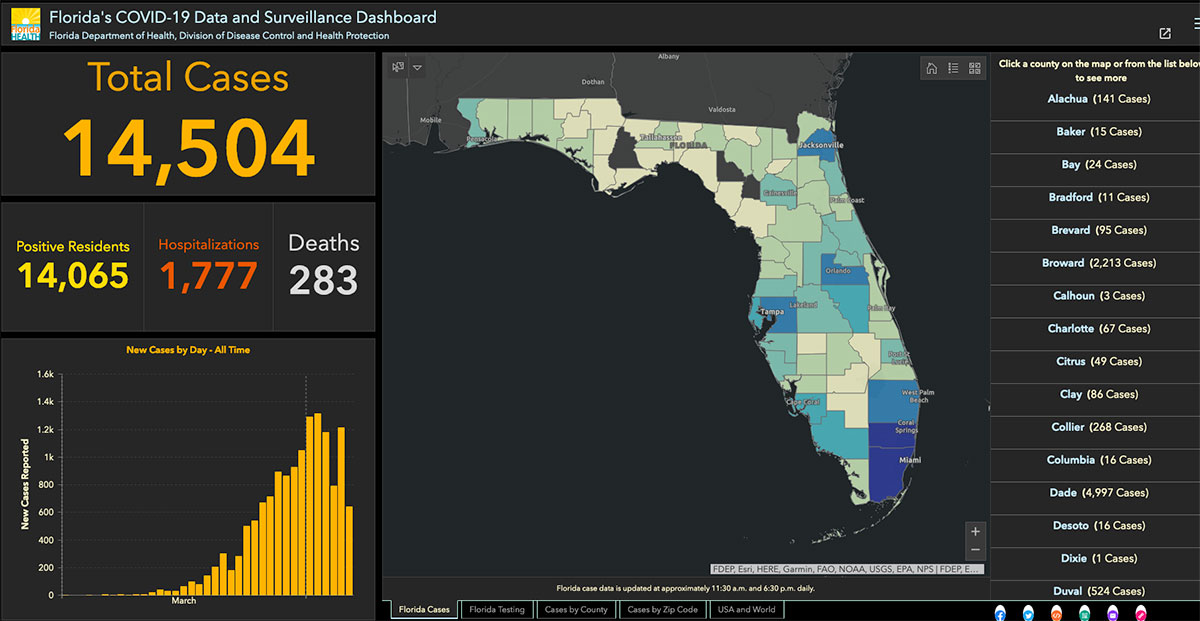 Two more people have died from COVID-19 in St. Lucie County, according to the daytime report issued by the Florida Department of Health.

The latest death is that of an 82-year-old man, whose case was first reported on April 5. The death of a 74-year old man was reported last night.

The death of one other man, 77, had appeared in yesterday’s daytime report. The report showed that the 77-year-old had recently traveled to the Dominican Republic and the Turks and Caicios. St. Lucie’s other deaths include a 59-year man and two women, ages 31 and 95.

St. Lucie County is the only county with COVID-19 deaths on the Treasure Coast. The county today reported 118 cases, up from 100 yesterday.The county has had 33 hospitalizations. Today’s report shows 98 of the cases occurred in Port St. Lucie while 17 of them occurred in Fort Pierce.

St. Lucie, the largest county on the Treasure Coast and double the size of either Martin or Indian River, has reported the most tests, 1,412. Martin has conducted 881 tests and Indian River 765.

Today’s report shows an increase of 34 COVID-19 cases on the Treasure Cost, down from Monday’s high of an additional 53 cases. Florida has one case for every 1,480 people.

The Florida Department of Health now makes cases available by zip code. To see the breakdown by zip code